'The great sandwich experiment' has ended at Lord Hamm's 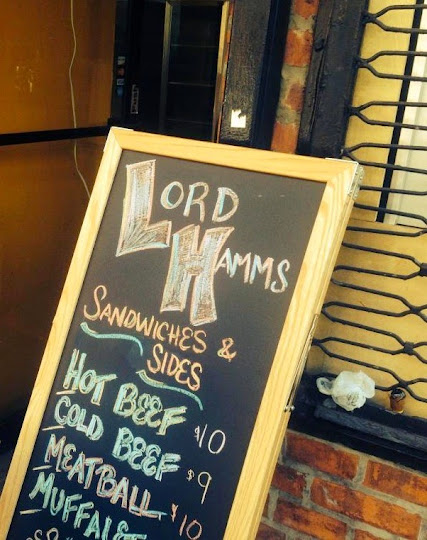 An EVG tipster told us yesterday that Lord Hamm's has been rather closed looking the last few days at 226 E. Third St. between Avenue B and Avenue C. The phone number is also no longer is service.

We reached out to the Lord Hamm's folks via Twitter…

@evgrieve it's true, the great sandwich experiment of 015' has ended- thank you, that was fun! now what to do with all these Capri Suns...

The reader who told us about the possible closure was a Lord Hamm's fan, noting it was a "really great addition to the neighborhood."
Posted by Grieve at 4:30 AM

I think that block is just too quiet for a breakfast and lunch place.

You gotta be "branded" for the masses now. No more mom & pop!

They only lasted 2 1/2 months? That's gotta be some kind of record.

Every time I walked by, the line was several people long and they looked like they'd been waiting for a while. I wanted to try it but never wanted to devote that much time to waiting and then not being able to sit and eat, you know? Seemed like a less than robust biz plan and the fact that they've already closed, not particularly thoughtful planning. Sorry to see them go but seriously, think through your day-to-day process before you start your next venture.

It was super tasty, just awful location for lunch and breakfast traffic. Two blocks over on Ave A or 1st would have been ideal. Also took way too long to punch out the sandwiches.