At the opening night of 'The Devil Probably: A Century of Satanic Panic' series at the Anthology Film Archives 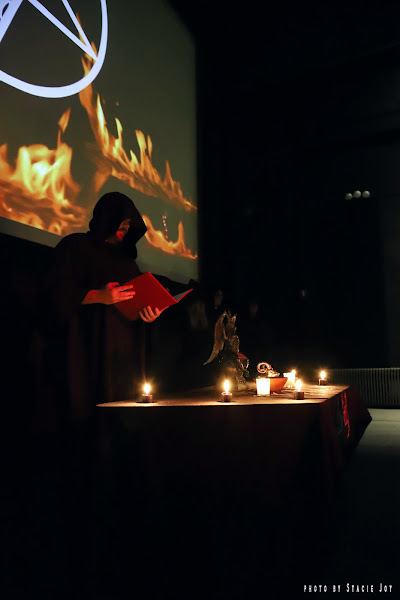 There’s a line forming when I arrive early this past Friday for the opening night of "The Devil Probably: A Century of Satanic Panic" series at Anthology Film Archives. 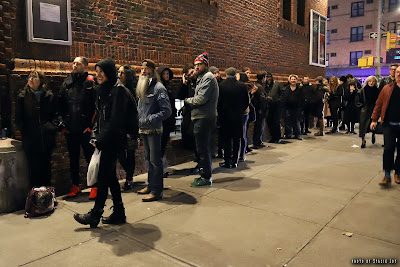 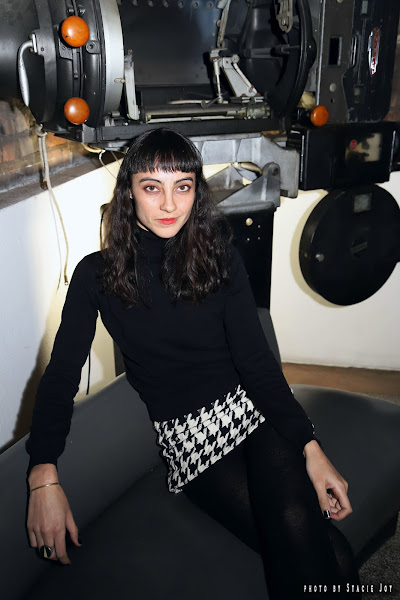 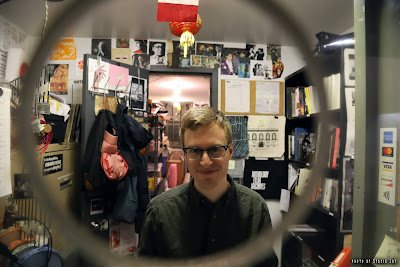 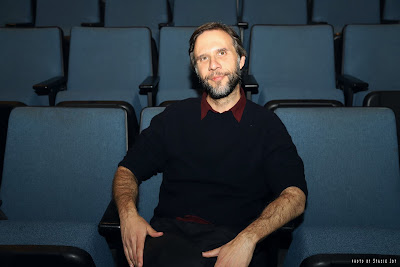 Tonight, Lucien Greaves, cofounder of The Satanic Temple, as well as some members of the Satanic Temple of NYC, are leading what’s billed as a black mass ritual but may, in fact, be a destruction invocation ritual before the sold-out screening of "HÄXAN." I'm there as everyone is setting up for the screening... 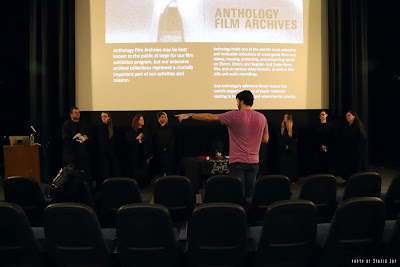 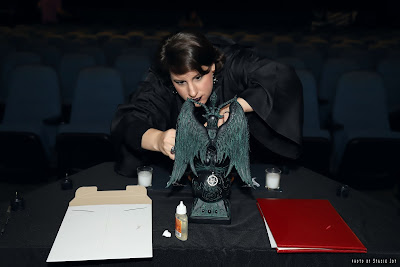 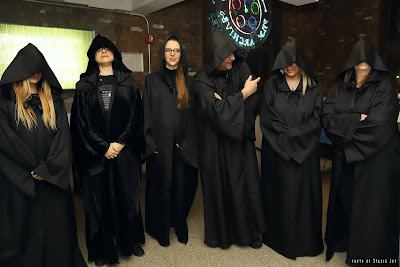 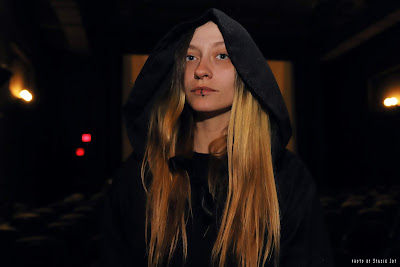 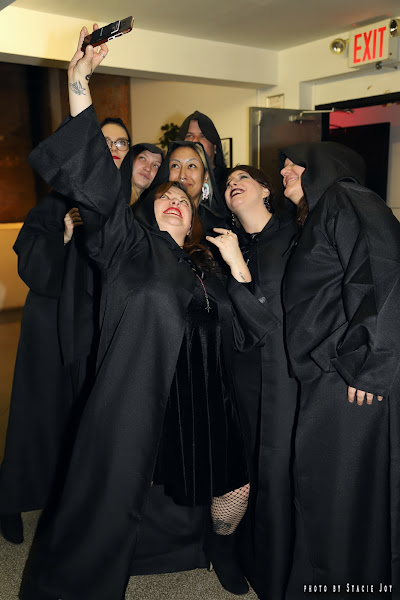 There's also a slideshow by Greaves that touches on pseudoscience and the history of satanic panic and hysteria in the media. Before his arrival, Temple chair of events and rituals Stryder Crown urges the enthusiastic audience to chant “Hail Satan” as part of the call-and-response to the ritual. 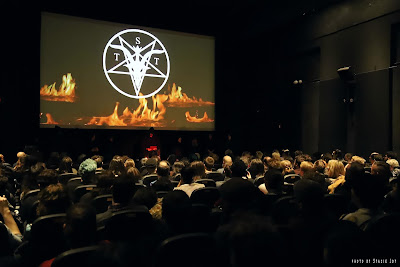 The evening included an appearance by several protestors, who prayed and demonstrated on the sidewalk outside the theater... 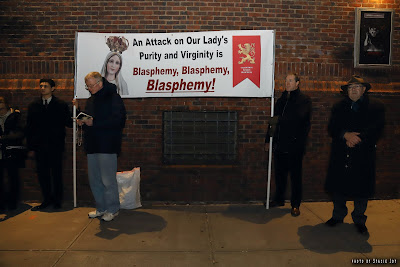 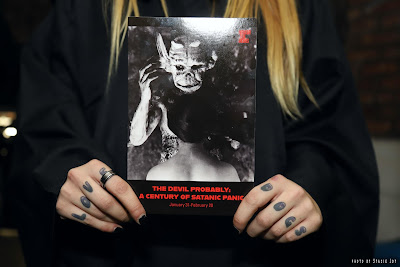 You can see the schedule and learn more about the series at this link. 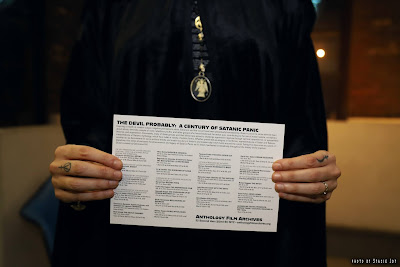 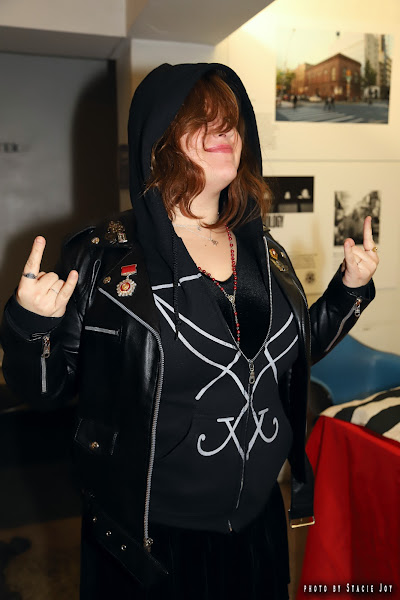 The Anthology Film Archives will celebrate its 50th anniversary later this year. Visit this link to learn more about their expansion project.
Posted by Grieve at 5:00 AM

I was gonna say the same thing Eden! Even Hell has jumped the shark!

Satanic Selfies are my new favorite thing! I can't help but laugh at the protesters, do you have nothing better to do?!

Well if they weren't there protesting they would just be at Union Square waiting for the next Pagan Fest to happen...