Breaking the internet 1995 style at the Anthology Film Archives 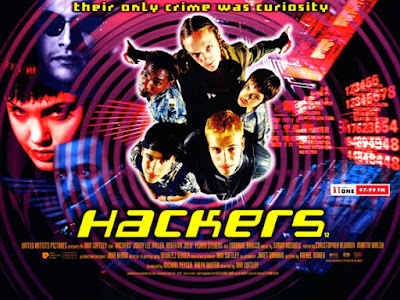 A weeklong series titled "1995: The Year the Internet Broke" starts tonight at the Anthology Film Archives.

The groundwork for interconnected global computer networks was laid in the 1960s, but it didn’t capture the public imagination until the mid-1990s, at which time a confluence of factors including the release of Netscape Navigator, the Windows 95 operating system, high-profile hacking arrests, and aggressive direct marketing campaigns by commercial service providers AOL, CompuServe, and Prodigy fast-tracked the information superhighway for mainstream traffic. Once the domain of scientists, hobbyists, hackers, and role-playing gamers, the internet had irreversibly broken into the public imagination.

1995 opened the floodgates to a torrent of internet-themed films. Suddenly, the paying public was confronted with the radical new idea of Sandra Bullock ordering delivery by logging on to Pizza.net. Much as Hollywood valorized the Wild West, it was now pursuing a new kind of Manifest Destiny across the information superhighway at breakneck speed. Instead of their parents’ “Hi-yo, Silver!”, the young generation of keyboard cowboys had a new rallying cry: “HACK THE PLANET.”

Featured titles include "Hackers," "The Net" and the so-bad-it's-bad-AND-good "Johnny Mnemonic."

Find all the screening times and titles at this link.

The Anthology Film Archives is on Second Avenue at Second Street.