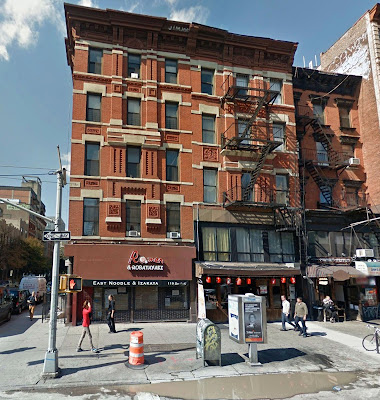 Today marks the fifth anniversary of the gas explosion that killed two men, injured more than 20 others, and leveled 119, 121 and 123 Second Ave.

The links below have more about what has transpired here in the past five years as well as details about the lives of the two men who died that day — Nicholas Figueroa, 23, and Moises Locón, 27.

In January, landlord Maria Hrynenko, contractor Dilber Kukic and unlicensed plumber Jerry Ioannidis were found guilty of manslaughter, criminally negligent homicide and related offenses for their role in the blast. They were each sentenced to four to 12 years in prison. Hrynenko is out on bail as she awaits an appeal of the case. The other two remain in prison.

A Morris Adjmi-designed building, which will include 21 condo units as well as ground-floor retail, has quickly gone up on two of the three lots that were 119-123 Second Ave. 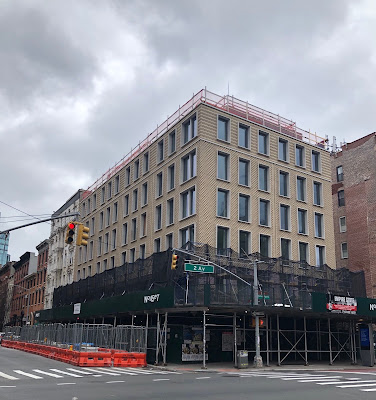 The property will include a commemorative plaque that honors Figueroa and Locón. In October 2017, city officials unveiled new street blades that co-name the northwest corner of Second Avenue and Seventh Street after the two men.

And read our interviews with two longtime residents who lost their homes in the explosion — Mildred Guy and Diane McLean.
Posted by Grieve at 6:00 AM

Wow. I can't believe it has been that long. I remember this day so well as I stood several feet away while everything perished. I cannot imagine these very losses. My heart goes out to everyone affected by this disaster. :(

new apartments sealed like tombs-perfect for the antiseptic parasites who will buy them. These buildings are like blood diamonds.