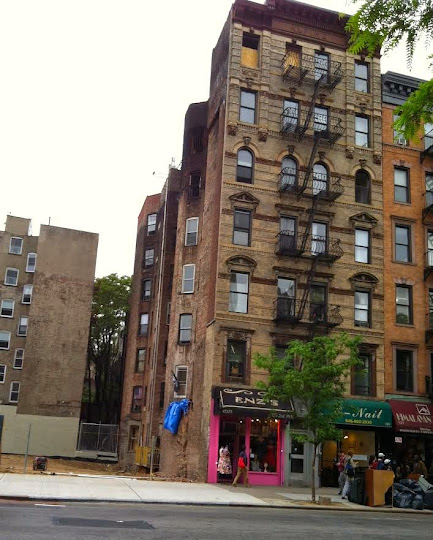 City Limits files an in-depth look at the residents who lost their homes during the deadline gas explosion on March 26.

Here are a few excerpts from the piece:

Kim-Nora Moses, 52, also lived at 45 East Seventh St. She and her husband, Robert Schmidt, 55, had a three-bedroom rent-stabilized apartment for 23 years, and paid close to $2,000 rent. Moses laments the loss of her gorgeous home, and where she is now pales in comparison. The couple, who had renter's insurance, moved into the same building as Guy this week with help from Cooper Square Committee. Their one-year lease is for a one-bedroom, with a monthly rent of around $800. Lease renewal for the building is dependent on income, and the couple earns too much to stay permanently.

Whatever their rent status, tenants who lost their homes need help. There is some monetary relief on its way to individuals and families affected by the explosion, for housing and material goods. The first installment of $45,000, from the Mayor's Fund to Advance New York City, was released to LES Ready on April 29. More than $150,000 was raised by donation, and LES Ready will disseminate funds based on need.

Read the whole article here.
Posted by Grieve at 4:32 AM

You can donate DIRECTLY to individuals displaced by the explosion who are still struggling to rebuild their lives on www.HelpEastVillage.com. Just click on the different links to decide who you would like to give money to. These are completely legitimate fundraising links and the website is not a recipient of any donations.

What about funds donated to Lower East Side District Management Association which are supposed to go to businesses affected by the explosion? Any news regarding how much money raised, when distributed, etc.?