Today is Day 3 of the St. George Ukrainian Festival 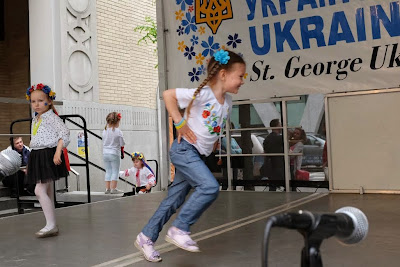 Here are a few photos from yesterday via Derek Berg… 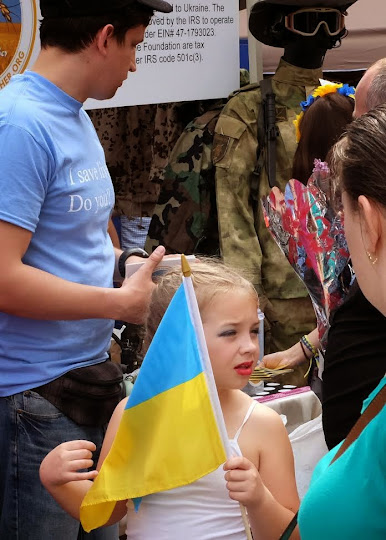 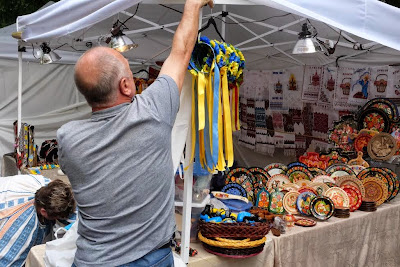 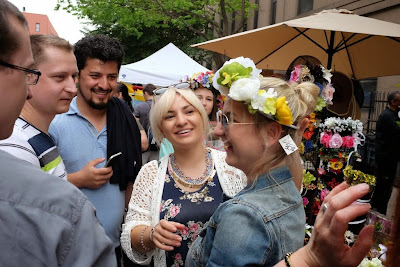 Andrew Ilnicki, manager of East Village Meat Market, is selling an array of Eastern European food at the festival … Veselka has a booth with food… and at Jimmy's No. 43: "The former landlord of Brewski's, Jerry Kuziv is now making a great German-style lager under the Brewski's label with brewer Greg Accardi over at High Point Brewing/Ramstein in New Jersey. All weekend we'll feature Brewski's as our official lager of the Ukrainian Festival." There are more beer options on the block at Standings and Burp Castle.

Previously on EV Grieve:
Q-and-A with Andrew Stasiw, chairman of the St. George Ukrainian Festival
Posted by Grieve at 9:39 AM

Come and support and also help raise money for those affected by EV explosion. Forecast is sunny!

We went Friday evening around 6.30 PM, a great time, as always, my wife bought a hand painted egg. Food was great as well.

I liked the festival a lot; felt more vibrant than last year (more / more diverse vendors), and the artistic quality was as high as ever. Sincere thanks to all neighbors and visitors who joined and supported our community! Дуже дякуємо!