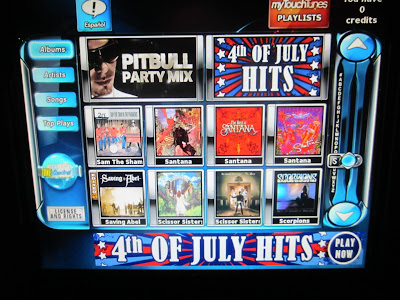 The East River will play host to the city's Fourth of July fireworks for the second consecutive year.

The show, sponsored by Macy’s Inc., will feature fireworks from two additional barges and is moving farther north along the river to give Queens residents a better view. New York City Mayor Bill de Blasio had long sought to return the display to the East River, saying it could be seen by more New Yorkers.

Last year, Mr. de Blasio moved the Independence Day celebration back to the East River after it had been displayed over the Hudson River since 2009.

The fireworks will launch from one double-wide barge south of the Brooklyn Bridge and four barges between 23rd and 37th Streets. The 25-minute show is scheduled to begin at about 9:20 p.m. on July 4 and fire 40,000 pyrotechnic shells into the sky.

The Fourth of July is held this year on July 4.

Or they could just turn on the 14th Street Con Ed plant for free. Same thing.

The fireworks have once again returned to the parts of New York that do not permit buildings to install poor doors. Suck it West Side!

thank you for preventing me from googling "when is july 4th" no, really.

Does anyone else remember the days when Chinese dudes would sell fireworks out of their cars on Canal Street? ...Or am I that far gone?

john gotti had firework parties - closed down the street where they filled garbage cans with firecrackers and lit them - and there was no air, only smoke.
never understood how that was fun.

"The Fourth of July is held this year on July 4th." And it is for thoroughness such as this that I (like countless others no doubt) seek out EV Grieve as my go-to source!

Walter, I remember those guys! I also remember the giant bash on East 3rd Street the Angels used to throw, complete with M-80s in garbage cans. Giovanni - ha ha, priceless!

@Walter: We used to all go down to Chinatown the week before the Fourth to buy fireworks. The second you hit Canal St. there was usually a guy standing by an old beat up car with a big trunk who would ask you what you wanted, and they had everything. Inside that trunk they had M-80s. smoke bombs, blockbusters, bottle rockets by the gross, big fat mats of firecrackers, Roman candles, flowers that spun and burned multi-colored flames, helicopters with little propellers that shot up in the air, screaming chasers, it was a kids paradise. Ironically the most dangerous thing they sold (besides the blockbusters and M-80s which could blow your fingers off) were the sparklers. I saw more people get badly burned holding sparklers than I did with any of the higher powered stuff, which if you were smart you placed on the ground, carefully lit, then ran for your life. Of course some kid would try to light an M-80 in his hand and would end up in the hospital every year, which is supposedly why Giuliani robbed us of one of the City's great traditions. I still miss hearing those whistles, pops and booms all night long as kids celebrated in the streets.

It is posts like this that let me know Grievey is in a good mood. And why I love the Grieve.

I prefer the fireworks at Campos Plaza.

Grieve, I think you're talking about that time Shaoul, Kushner, and the guy who has the flower stand by the turnstiles in the Brooklyn bound L station were trying to move it to July 3rd but after some major pushback that never materialized.