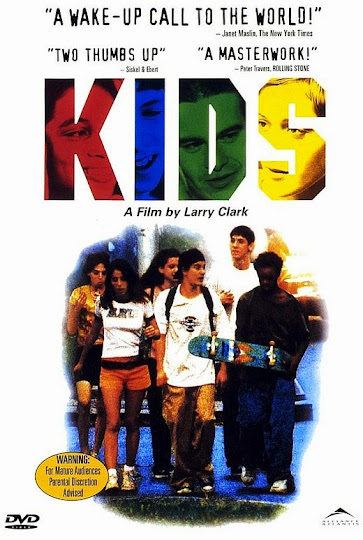 "Kids" turns 20 this July ... and ahead of the reunion festivities next month at BAM ... Supreme has released a special edition series of skateboard decks and shirts for the film that introduced us to Chloë Sevigny and Rosario Dawson...

Dangerous Minds today published the news release from Supreme about the items:

This year marks the 20th anniversary of Larry Clark’s debut film, KIDS, the portrayal of NYC youth’s escapades in the early 90’s. Some were offended by the raw and anarchic world Larry Clark documented, for those that weren’t, the film became an important document of the time, place and culture.

Through photographing skaters in NYC, Larry Clark came to meet the film’s writer, Harmony Korine and star, Leo Fitzpatrick. The rest of the cast was pieced together with a variety of downtown New York characters including original Supreme team riders Justin Pierce and Harold Hunter. It is a testament to KIDS cultural impact that it resonates today just as much as it did in 1995.

To commemorate the 20th anniversary, Supreme is proud to release a collection of items featuring stills from the iconic film KIDS. The Collection will consist of a Hooded Sweatshirt, Long Sleeved T-Shirt, two graphic T-Shirts, and three Skateboards.

Here's a look at the stuff available to buy starting tomorrow ... 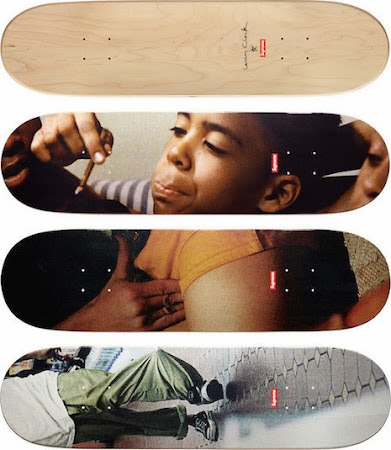 ... and to round out your Business Casual wardrobe this summer... 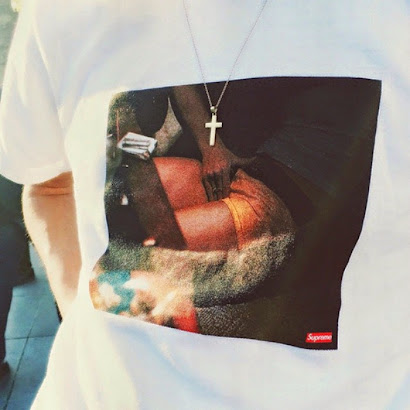 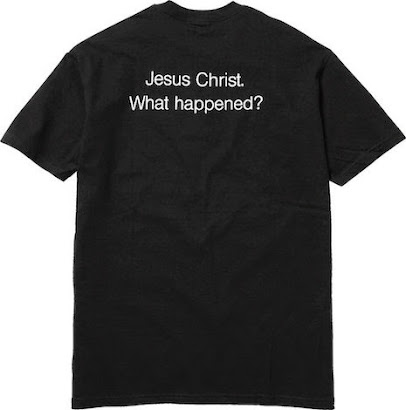 I was real MEH about KIDS, but this trailer is still awesome. It's such a great title track by Lou Barlow -- his best work and I do love Sebadoh

And no iPhones in sight.

I never found movies whose plot was centered on a disease to be anything more than exploitive. Needless to say I never saw this one.

gotta say, it was a pretty damned accurate depiction of being a teenager in manhattan in 1995. in most ways, though, i'm really glad my kids won't have the same upbringing.

Jesus Christ is not a god or the Messiah. He was simply a man who conned the rest of the world. Fools.