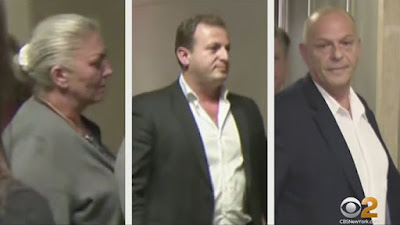 The three people found guilty in the deadly Second Avenue gas explosion will spend between four and 12 years — depending on their behavior behind bars — in state prison, The New York Times reports.

The sentencing was handed down this morning in State Supreme Court.

"What was it that made these three defendants circumvent all the rules they were aware of?" the lead prosecutor, Rachana Pathak, said in her closing remarks. "Money, money, money."

This greed — as the prosecution put it — was responsible for the deaths of Moises Locón, 27 ... 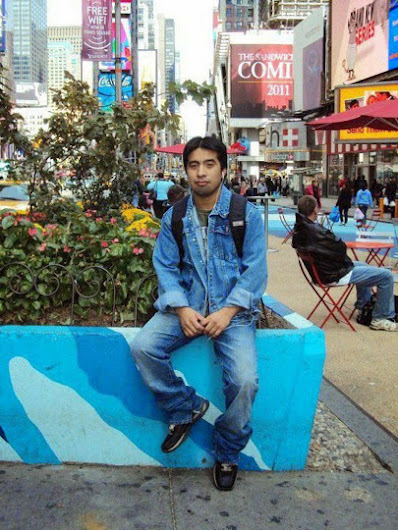 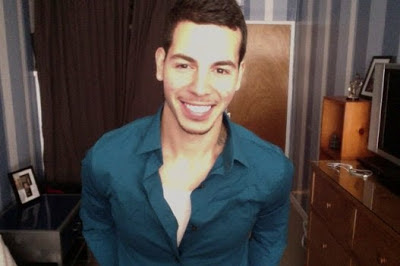 “What the defendants did, in a matter of speaking, was roll the dice with the lives of many people,” Obus told a packed courtroom. “The results, as we know, are catastrophic.”

Still, Obus said he was giving the defendants a break on their prison time because they were older and “did not intend to blow up the building.”

Many people (read the comments) felt as if the sentence was too light, Nixon Figeuroa, Nicholas Figueroa’s father had this to say, via CBS 2:

“It’s not enough. It’s a joke. What kind of justice did you give us? You didn’t give us no justice. It’s a slap in my son’s face.”

Below you'll find a selection of EVG headlines about the explosion from the past five years...

And read our interviews with two longtime residents who lost their homes in the explosion — Mildred Guy and Diane McLean.
Posted by Grieve at 12:00 PM

Cutting corners to save a buck cost two young people their lives. Greed was the only motivation here. For the price of a few dollars families lives were destroyed. 4-12 years? That should be the sentencing for the loss of each life and they should run consecutively making it 8 - 24 years year. After all, murderers are often sentenced to 25 years to life.

Just 4 to 12 years. That’s 2-6 years for each of the wonderful young men whose lives were taken away from their friends and family forever. With good behavior it could be even less time than that. But why should anyone get credit for good behavior in jail when their behavior before they got to jail resulted in the death of others? And where is the compensation for al the other victims? I suppose civil court took care of those issues by now, or perhaps this victims had to wait until the criminal case was over.

This case only dealt with the criminal charges related to the deaths of Moises Locon and Nicholas Figueroa, but the events of that day were a crime against so many more people and this community in general.

Luckily, I was not one of their victims, but I feel trauma every time I pass by and feel the loss when I remember all the good times I had in those places, and the horror of that day. I can still smell the smoke. Any one of us could have been sitting inside Pomme Frites or Sushi Park when this happened.

To think that the perpetrators could be out of jail in less time than the criminal case took to complete is another type of crime in itself. I just hope the families can move forward with their lives now.

These sentences are too short; this will not deter any other such people from doing something similar. And it certainly is not commensurate with the loss of TWO lives, and the trauma to the families of the deceased and the trauma to those who lost their homes.

I hope whatever money was paid for that land is paid OUT to those who were impacted by these horrible events. But I fear we will just see, as we have so often, that "crime pays".

The whole episode is so angering and sad.

Everything about this makes me sad, angry and sick. I avoid that intersection because of the traumatic memories.

Also horrible - pointed out by another poster yesterday - that luxury real estate still got to build a luxury bulding on the property.
Lives lost - and Greed won.

LOL it took 4 years for this to go to trial, and that's all the time they're going to serve for killing two men? Terrible.

A friend lost everything but his life. We opened a gofundme account took in 28000 he moved back to Germany . This depraved indifference she should do the full nickel. She was not under financial distress. Those apartments should not have been rent without a certificate of occupancy to begin with.

Ugh. Everything else I want to say about the sentencing has already been said.

I'd love to read follow ups with Mildred Guy and Diane McLean.

Good riddance to these those selfish assholes. Four to twelve years isn't enough, but at least it is something. Perhaps the families of the victims can rest a bit more knowing justice was served. What can we take away from this awful experience? Never ever cut corners. It can cost others their lives. Money isn't everything

The judge said he took the convicts’ ages into account? They’re 44, 59, and 63. Hardly in their dotage! And I guess we are to believe that they had only just learned how to arrange and execute illegal gas hookups. I lived in one of the Hrynenko’s buildings above a different restaurant decades ago, and will always wonder if that was a powder keg as well. As for her attorney saying that Maria gave people a break on their rent when they faced hard times... Then she must have been more charitable than her late husband. He’d act like your best friend until you were a few days late with the rent. Then he’d force his office manager to harangue and harass you on the phone, calling several times each day. She said that she regretted having to do it, but she would explain that “Michael” made her do it.

5:14PM Exactly. The defendants were 5 years younger when the crime occurred, so they were 39, 55, and 58 at the time, hardly senior citizens, so to give them a break just because the trial took 5 years and they are half a decade older now makes no sense.

I’m sorry to hear that some family members feel like this verdict as a slap in the face. They need to know that this neighborhood is with them even if the legal system is not.

A lot of mob mentality in these comments. Why not hang'em then? I think the sentencing was appropriate, to serve as a deterrent to other landlords taking short cuts with dangerous things i.e. gas.

@5:56PM You sound wise, empathetic and most of all inspirational. You most definitely sound like someone who is fun at parties. Do you have a newsletter or podcast that we can all subscribe to?

Well the families obviously don't think the sentencing is appropriate, so who the hell appointed you to be the arbiter of fair sentencing? Oh that’s right, nobody did.

Thankfully, the non-emotional judge was the arbiter of the sentencing, not you nor the mob.