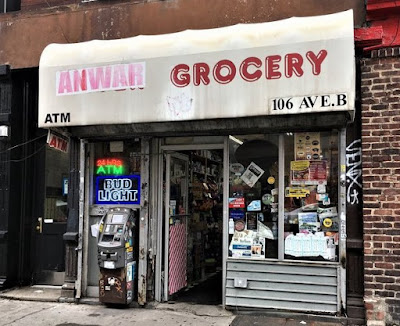 Several EVG readers told us about a robbery late last Wednesday night at Anwar Grocery on Avenue B between Sixth Street and Seventh Street (next to Vazac's/7B/Horseshoe Bar). However, we didn't have much to go on — other than hearsay that one of the men pulled a knife when demanding the money.

Now come details via the NYPD, who released the following statement yesterday:

The New York City Police Department is asking the public's assistance identifying the two male individuals depicted in the photos [below] in connection to a commercial robbery that occurred within the confines of the 9 Precinct.

It was reported to police that on Wednesday, Jan. 8 at 11:30 p.m. inside of the 106 Avenue B (Deli), two unknown male individuals entered the location. One displayed a knife and demanded cash from the 45-year-old store employee behind the register. One of the individuals removed approximately $200 cash from the register and they both fled the location on foot northbound on Avenue B. No injuries were reported.

The two individuals are described as follows:

And the photos of the suspects... 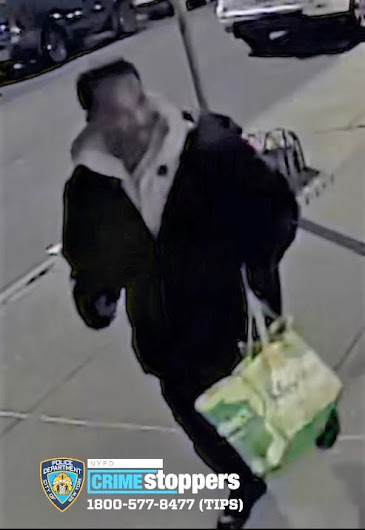 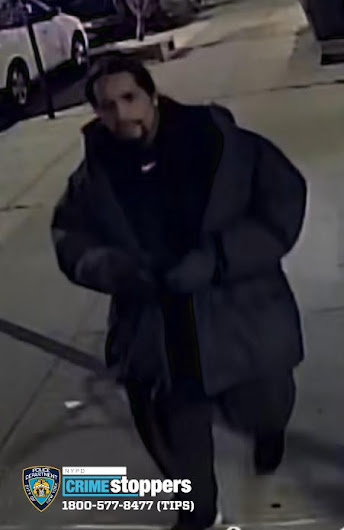 Anyone with information that could help in the investigation is asked to call Crime Stoppers at 1-800-577-TIPS (8477). You may also submit tips online. All calls are strictly confidential.
Posted by Grieve at 4:09 AM

So this is 4 hours before the double shooting on A & 7th. What a night!