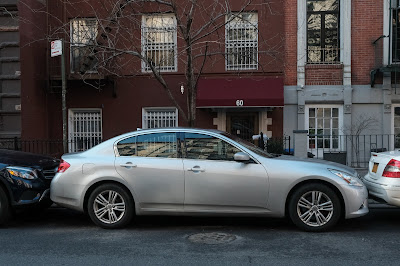 • In NYC, 404 people considered homeless died between July 2018 and June 2019, which is 39 percent more than the previous time period (Gothamist)

• The International Center of Photography will officially open its new 40,000-square-foot museum and educational center on the Lower East Side next Saturday, Jan. 25 (The Lo-Down)

• RIP John “Butch” Purcell, known to many in the community as the mayor of Stuyvesant Town (Town & Village)

• How did Gov. Cuomo come up with the L-train repairs coming in $76 million below expected costs? (WNYC)

• "The Naked Fog," a long-lost sexploitation film by Joe Sarno from 1966, screens tonight and tomorrow night at 7:30 at the Anthology Film Archives (I saw it last night!) Read more about it here. It's part of the Anthology's "Beyond Cassavetes" series.

• The Village East on Second Avenue and 12th Street is playing several Oscar-nominated films, including additional screenings of Best Picture nominee "JoJo Rabbit" ... they're also showing the Oscar-snubbed "Uncut Gems" (Official site) ... You could also support Cinema Village on 12th Street between University and Fifth, which is screening "Joker" and "Once Upon a Time ... in Hollywood" (Official site)

• Alex recalls a night out with Rush, and RIP Neil Peart (Flaming Pablum)

• If you need help ordering a bagel (Grub Street)

• Opening next week at the Museum of the City of New York: "Collecting New York's Stories: Stuyvesant to Sid Vicious" (Official site) 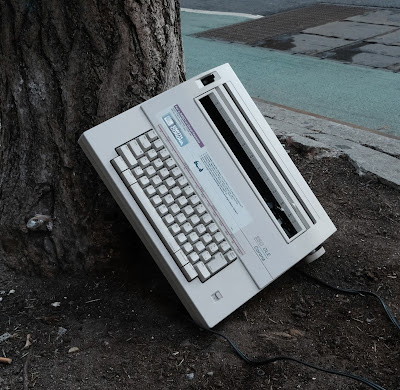 I just saw Jo Jo Rabbit, it was much better than I expected it to be. A movie about a kid growing up in Nazi Germany whose secret fiend is Hitler? What could possibly go wrong? Not much, it was a funny, touching script with a great cast. And Scarlett Johansson is much better than in her other Oscar nominated role in Marriage Story, which is light a Woody Allen movie without the wit or jazz soundtrack.

Uncut Gems is a hot mess with a strong performance by Adam Sandler, which are words you dot usually see in the same sentence. It's one of the most New York films in years. The movie is exhausting though; it starts at volume 11 and goes up from there without much nuance, but its great if you like caricatures of New York Jews, loud, black NBA players, and angry Italian mobsters.

Joker is on of the top films of the year with 11 Oscar nominations, Joaaquin Phoenix is a lock for Best actor. 1917 is a great war movie. But Parasite is amazing, and is probably the one that could upset Tarantino's Once Upon a Time In Hollywood, in which (spoiler alert) he utilizes his sick sadistic fantasy life to exterminate several members of the Manson family. Otherwise, its basically a movie about movie stars driving around LA while listening to the radio and trying to become bigger movie stars, a character movie without much of a storyline. Save your money and see Parasite, 1917, Joker or Jo Jo Rabbit.

I agree with you assessment of JoJo Rabbit... enjoyed Sam Rockwell in it too.

Those are great movie picks. Sam Rockwell was really good in Jo Jo Rabbit, but child actor Roman Griffin Davis carried the film in his first performance ever. Joker and Parasite are my top two for the year, and both carry a strong social message about class and power dynamics which are the same no matter which country you live in. Joaquin Phoenix give a career best performance which dovetails perfectly with Heath Ledger’s, which is an accomplishment in itself.

I just watched Eddie Murphy’s Dolemite Is My Name, which is like every black exploitation movie rolled into one, It’s funny and enjoyable, but it not much of a stretch for Eddie Murphy to act like a struggling standup comedian who makes it big and becomes a movie star, which is probably why he has been snubbed by most of the major awards.

I understand why some people like Once Upon a Time in Hollywood, it’s a collection of Some nice cinematic moments paying homage to Hollywood, but has almost no storyline and is not even in Tarantino’s top 5 films. Just by casting Brad Pitt and Leonardo DiCaprio as the leads the film will probably do well at the Oscars. I wish Margot Robbie had been given more dialog, she is really great as Sharon Tate. The Manson stuff at the end was just to throw in the obligatory gratuitous violence.

I also rewatched some of The Irishman, and the de-aging effects really were quite awful as DeNiro looks 60 when he’s supposed to be half that age. Joe Pesci had the better performance, and as a period piece they did a great job of recreating the old Little Italy and Umberto’s Clamhouse, where you always want a seat facing the door, just in case.

No love for The Lighthouse? Only movie this year that I had to see again! I wish it was still playing at City Cinemas.

"A movie about a kid growing up in Nazi Germany whose secret fiend is Hitler? What could possibly go wrong?" - Why, what was supposed to "go wrong"? What's your point?
A related recommendation:Volker Schlöndorff's masterpiece The Tin Drum.