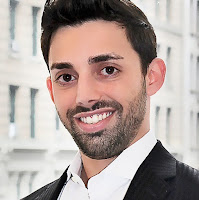 As The Real Deal reported yesterday, due to drawn-out court proceedings, a bankruptcy plan has yet to be executed for the buildings. According to Met Council, a tenants’ rights group, half of the 279 units have been “warehoused” since 2016. Per TRD: "The portfolio includes 226 rent-stabilized apartments, according to tax filings."

This past December, Tenants Taking Control — the group formerly known as the Toledano Tenants Coalition — reported that there were 136 vacant apartments across the 15-building portfolio. At the time, the group called on MRC to sell the 15 buildings to a nonprofit preservation buyer.

In June 2019, Attorney General Letitia James announced a settlement with Toledano to put an end to his harassment of tenants and to prevent him from engaging in speculative real-estate deals designed to profit by violating New York’s rent-stabilization laws.

The AG's investigation established that Toledano engaged in a pattern of fraudulent and illegal conduct throughout his work as a landlord and real-estate developer. He harassed tenants through coercive buyouts, illegal construction practices and failed to provide his rent-regulated tenants with utilities, repairs and other necessary services, according to the AG's office.

Toledano had received $124 million in cash and lines of credit from MRC to finance his $97 million purchase of the buildings.

• Report: Raphael Toledano files for Chapter 11; $145 million deal for EV portfolio is off the table
Posted by Grieve at 4:15 AM

I hope he doesn't run President some day, he might win, fuckin rich bros always do.

I have the same thought, NN. Every time I hear about this guy I'm like, "Yup, future POTUS".