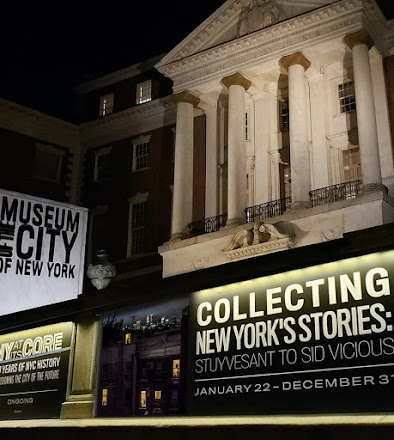 "Collecting New York's Stories: Stuyvesant to Sid Vicious" opened this past week at the Museum of the City of New York.

Per the museum, the exhibit "features highlights drawn from the hundreds of additions to the Museum’s permanent collection over the past three years, running the gamut from the colonial era to the recent past. A gallery of historic and contemporary photographs, currently open, showcases works by both well-known and emerging artists..."

As Lindsay Turley, vice president of collections at the museum, told Gothamist: the exhibit gives people the opportunity to see how New Yorkers have interacted with a city changing "physically, culturally, economically, and aesthetically over more than the past century."

East Village-based photographer Sally Davies has three shots on display. However, her photo titled "Rearview" is the image that greets visitors outside the museum on Fifth Avenue and at the start of the exhibit... 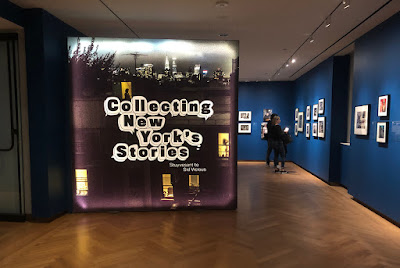 "I had no idea that they were going to use my image to represent the whole show," Davies said via email. "I was absolutely gobsmacked at that 12-foot reproduction that greets you as you walk in... lucky me."

The photo, from 2018, is officially titled "Rearview, From My Apartment on East 5th Street."