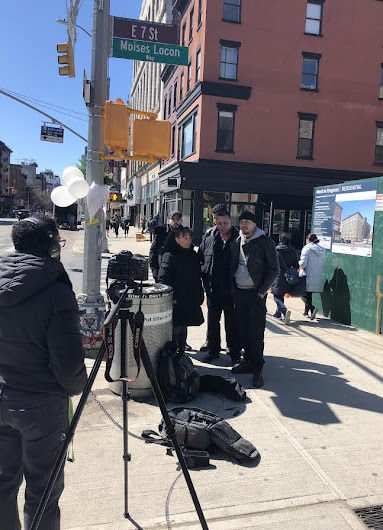 Today marks the fourth anniversary of the gas explosion that killed two men, injured more than 20 others, and leveled 119, 121 and 123 Second Ave.

Members of the Figueroa family gathered on the corner of Second Avenue and Seventh Street today to remember their brother and son Nicholas Figueroa, 23, who died on March 26, 2105, along with Moises Locón, 27. 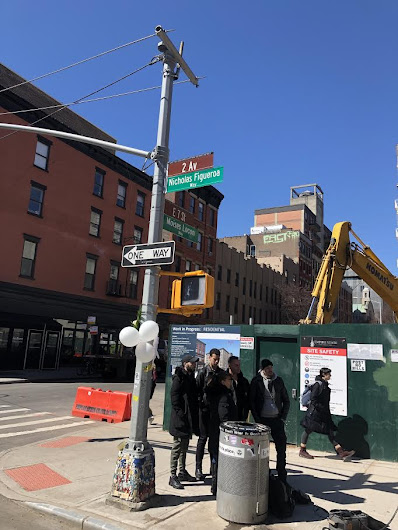 Figueroa, who had recently graduated from SUNY Buffalo State, was at Sushi Park, 121 Second Ave. and the site of the fatal blast, dining with a co-worker. Locón worked at Sushi Park. 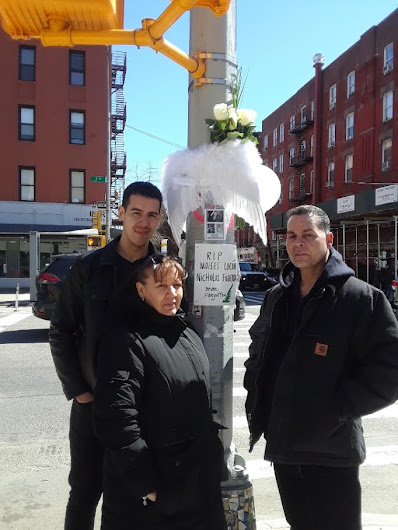 The previous owner of 119 and 121 Second Ave., Maria Hrynenko, her son Michael Hrynenko (now deceased), contractor Dilber Kukic and their plumber Anthanasios Ioannidis illegally tampered with the gas line at 121 Second Ave. then failed to warn those in the building before the blast, according to the Manhattan District Attorney.

According to public records, Hrynenko and the other defendants will appear in court again April 26. Records show that Hrynenko and the other accused have appeared in New York County Criminal Court 25 times since February 2016... and the outcome was the same — "adjourned/bail continued" — since their initial appearance.

On March 20, Andrew Trombettas, the plumber indicted in connection to the explosion, was sentenced to probation and community service. He reportedly signed off on required paperwork that went to the Department of Buildings and Con Edison because a friend who actually did the job did not have a license.

Meanwhile, work continues on the retail-residential complex coming to part of the blast site. The new building will include a commemorative plaque that honors Locón and Figueroa. 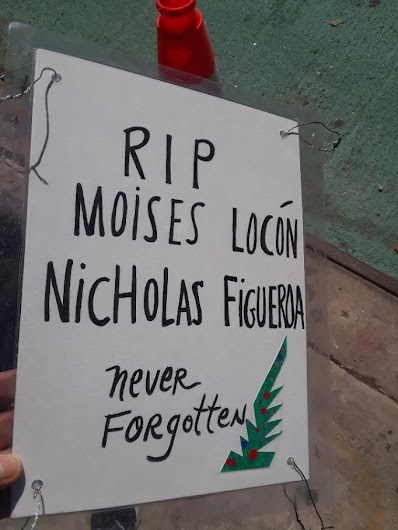 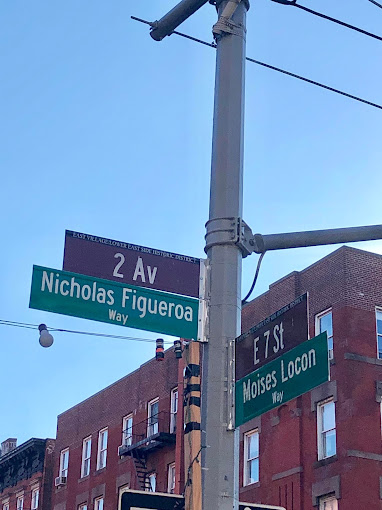 condonlences to the poor families of these young men with their whole lives ahead of them. thanks grieve for your continued coverage.

That Trombettas got "community service" is ridiculous, IMO - what kind of service will he do: provide fake signatures for sub-standard plumbing work??

Did the plumber who got community service at least lose his plumbing license?

They should made a memorial park there.

Agreed, that would be cool. But there's no money in respect.