Team behind the Wayland and the Wild Son eye St. Mark's Place for 2 restaurants 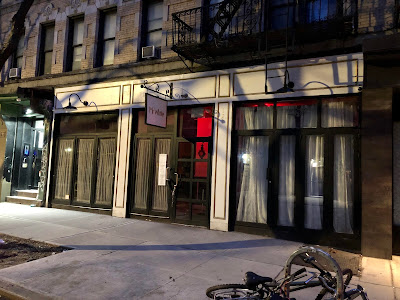 This duo behind the Wayland (Avenue C), Good Night Sonny (First Avenue and St. Mark's Place), the Lost Lady (Avenue C) and the Wild Son (West Little 12th Street) are on tonight's CB3-SLA agenda for two spaces between Avenue A and First Avenue.

Ceraso provided a quick recap of what they have lined up...

"We are planning an American grill with our partner Chad Shaner as the executive chef. Chad is an alum of Gotham Bar and Grill and Union Square Cafe and most recently with his own restaurant, Freeks Mill in Brooklyn," Ceraso said. "The grill will focus more on naturally raised meats and steaks." 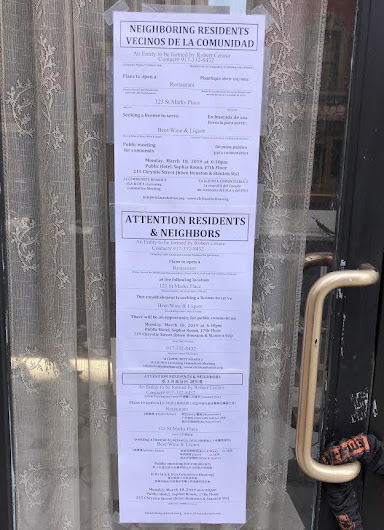 The unnamed-for-now restaurant has proposed hours of 5 p.m. to 1 a.m., according to the questionnaire on file at the CB3 website. The space will accommodate 20 tables for up to 50 diners as well as an eight-seat bar.

Mr. White, the upscale, New Orleans-themed restaurant, closed in January after less than a year in business. 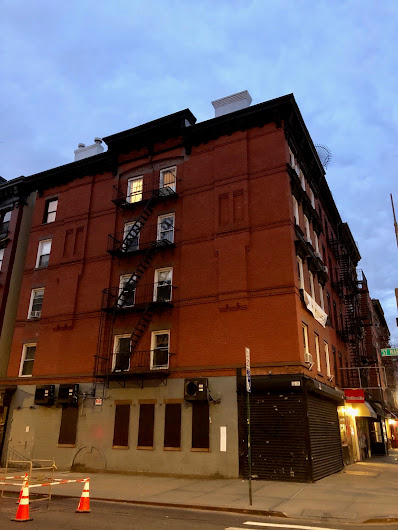 On the southeast corner of First Avenue and St. Mark's Place, Ceraso is planning on a second location of his all-day restaurant, the Wild Son, which opened on the West Side near the High Line in June 2016.

Ceraso said the Wild Son "focuses on vegetable-driven small plates, salads, sandwiches and homemade pastas at night and breakfast/brunch foods all day seven days a week in the mornings and afternoons."

As such, the proposed hours are 9 a.m. to 2 a.m. daily, per the questionnaire on the CB3 website.

Here's a look at the evening menu... 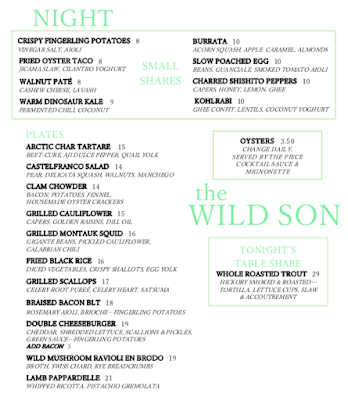 The owner of the building, who was born and raised on St. Mark's Place, "was adamant that she didn’t want a nightlife concept there, so the Wild Son was a perfect fit," he said. (In addition, a partner in this project is also the GM across the street at Good Night Sonny who lives on the block "and is always available to oversee the goings on.")

The Rolling Stones-themed Waiting on a Friend opened back in the fall, taking over the space from Colibri and VBar before that. The Vbar's original 10-year lease is expiring.

Back to Ceraso and his plans: "We think that the two concepts really balance each other out and we’re excited to be able to bring both to the block."

The CB3-SLA meeting is tonight at 6:30. The location: the Public Hotel, 17th Floor, Sophia Room, 215 Chrystie St. between Houston and Stanton.
Posted by Grieve at 4:27 AM

Hoo boy, this place is "vegetable driven" and there's the other new place that's "seasonally driven," and I feel like I'm being railroaded.

Both Places to be 'Alcohol Driven' before too long.