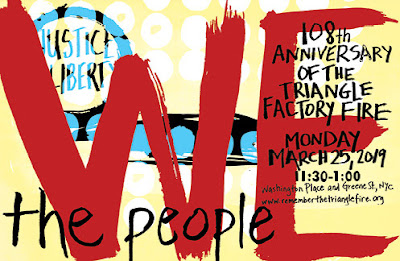 Tomorrow marks the 108th anniversary of the Triangle Shirtwaist Factory Fire ... ahead of that, volunteers were out today taking part in the chalking project (organized by Street Pictures), writing the name and age of the victims in front of the buildings where they lived on the Lower East Side. 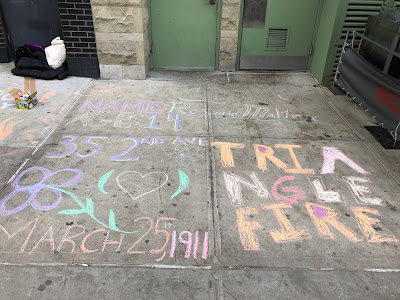 The Triangle Shirtwaist Factory fire in New York City on March 25, 1911, was the largest industrial disaster in the city's history ... causing the death of 146 garment workers (mostly young women) who either died from the fire or jumped to their deaths.

Find more information on ceremonies tomorrow at The Remember the Triangle Fire Coalition website.
Posted by Grieve at 9:02 PM