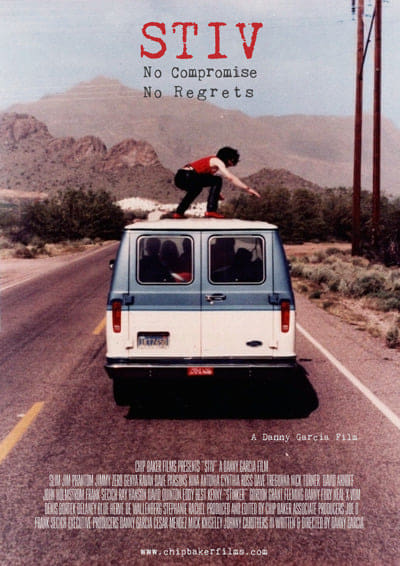 Sorry to say that I was unaware of this screening until now (thanks to the commenter for mentioning it). So we missed the first night. But there are still tickets available for tonight.

Here's more about "Stiv, No Compromise No Regrets" and tonight ...

The New York premiere of a film by Danny Garcia. A Q&A with the director will follow the screening. Music by Frank Secich and friends will close the evening.

Stiv Bators was a punk pioneer, canonized by his exploits in life and untimely death. Now his story is being told by in "Stiv, No Compromise No Regrets," a long-awaited doc, that is both poignant and exhilarating.

The film covers Stiv’s formative years in Youngstown, Ohio, before the Dead Boys and his time with projects such as The Stiv Bators Disconnected Band, The Wanderers, Whores of Babylon feat. Johnny Thunders & Dee Dee Ramone, then onto The Lords of The New Church, through his last days in Paris.

Complete with never released 8MM footage from private collections, a killer soundtrack, and accounts from the people who were with Stiv through various phases and projects of his life and career.