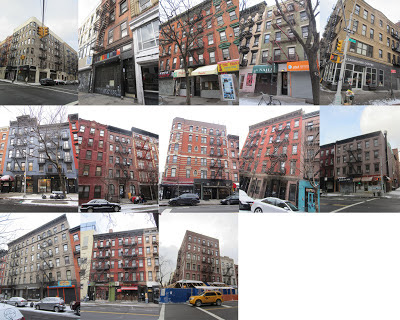 The Wall Street Journal reports that Kushner Cos. has hired a broker to market five apartment buildings with a total of around 100 units in the East Village.

As the paper reports, the company, formally headed by current White House adviser Jared Kushner, remains under fire from New York politicians and tenant activists, and is increasingly looking at buying properties in suburban areas.

The firm has sold 10 properties for more than $1.5 billion in New York and was the buyer of one since January 2017, according to Real Capital Analytics. That is when then-Chief Executive Jared Kushner left to join the White House as President Trump’s senior adviser.

Over this same period, the firm has spent more than $1.4 billion in a series of transactions for properties primarily in suburban Maryland, Virginia, New Jersey and other states, RCA data shows.

Even with the recent sales and its plan to sell another 100 apartment units in the East Village, Kushner Cos. still owns a sizable portfolio in New York City. That includes apartment buildings in Manhattan and Brooklyn, a downtown office building, a lending business and the lower floors of the former New York Times building.

Meanwhile, City Councilmember Ritchie Torres held a press conference yesterday to announce the results of an investigation alleging that Kushner Cos. is operating eight East Village rental buildings illegally. (The Journal article went to press before the results of this report were cited by other media outlets.)

Torres said that his investigation, launched in cooperation with the nonprofit Housing Rights Initiative, found the buildings had expired certificates of occupancy, meaning tenants should not be allowed to live in the properties.

The buildings, according to HRI’s Aaron Carr, have unpaid fines stemming from violations and unauthorized construction, which prevents Kushner Companies from being able to obtain a COO.


Torres and Carr called on the city to quickly ensure these buildings are safe.

A spokesperson for Kushner Cos. said the firm is "committed to the safety of our residents and the proper maintenance of our buildings. Similar to many other landlords, we inherited from prior owners Certificates of Occupancy with various issues. Kushner will continue the long and detailed process to work with our consultants and the Department of Buildings to correct every issue outstanding."

The DOB blasted the report from Torres and Carr, accusing the two of "pure grandstanding," as Curbed reported. A DOB spokesperson said their investigation "identified nothing more than paperwork lapses that have nothing to do with tenant safety."

The Kushners started buying up East Village buildings in early 2013.

How many East Village properties do the Kushner Cos. actually own?

Report: Residents of Kushner-owned 118 E. 4th St. learn building had 10X legal levels of lead
Posted by Grieve at 4:27 AM

...isn't it a little bit ironic that the DOB calls them "nothing more than paperwork lapses," when for many small businesses in our neighborhood a similar "paperwork lapse" with a city agency results in endless headaches?

I'm all for regulation, but let's please apply it equally to mom and pop shops and billion-dollar businessmen.

Good, get the fuck out