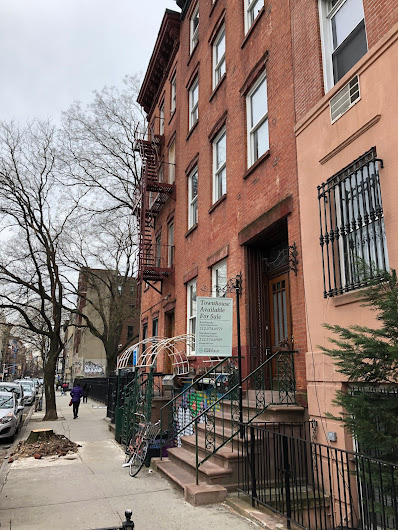 A for-sale sign has been posted outside the townhouse at 113 E. Second St. between Avenue A and First Avenue.

Just last month, as The Real Deal reported, an entity called 180 Source Realty LLC bought the property for $7.4 million in a bankruptcy auction.

Here's a bit of the listing via Leslie J. Garfield:

Number 113 is currently configured as a two-family with a former performance space in the garden floor. This stately red brick townhome features incredible ceiling heights throughout, a spacious garden, and an open layout chef’s kitchen. The upper quadruplex features 7 bedrooms and 5 bathrooms and the parlor floor unit is a charming 1 bedroom, 2 bathroom apartment. With no buildings obstructing light on either side of the house, light flows through both the front and rear facades.

The townhouse was once home to Phil Hartman and Doris Kornish, the founders of the Two Boots empire, and had been the center of a protracted divorce battle, as the Post reported in October 2017. At that time, the asking price was $10.5 million.

The home has a little less shade these days: the tree outside the property was recently cut down... 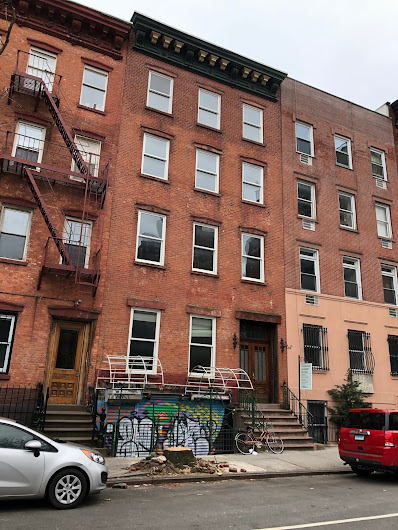