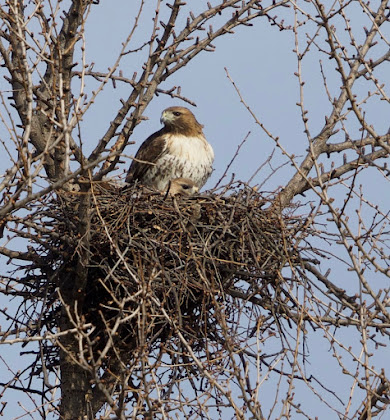 For the last week-plus, hawk watchers have, uh, watched Amelia (pictured at top, with Christo peering out) hunker down in the nest ... it is believed that at least one egg is present after all that mating, with two more possibly to come... 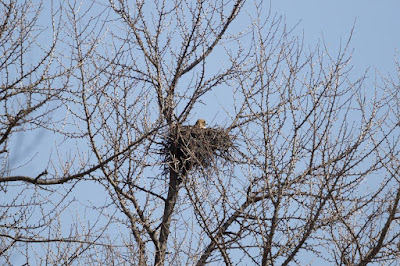 If Amelia laid the first egg [March 13], we can look forward to a hatch date around the end of April. In the meantime, the hawks will continue mating until the last (usually three) egg is laid. This is the first full mating/nesting season for Christo and Amelia, and I look forward to seeing them raise a healthy hawk family in our park.

Goggla has more on their activity in this post yesterday.

Christo and his previous partner Dora (in permanent wing rehab as of April 2018) have raised 10 hawklets these past few years.

Last year, tragically, the older of Amelia and Christo's two red-tailed hawk fledglings died. The whereabouts of kid No. 2 is unknown.

Bonus photo via Steven of Christo waiting for his takeout the other day... 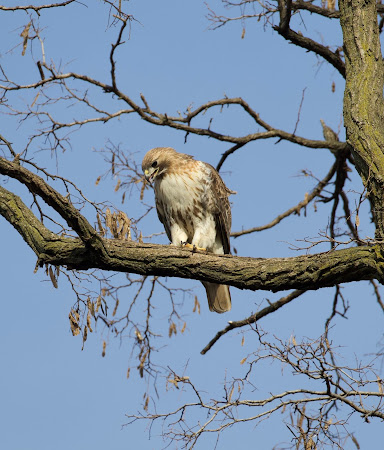 The EVG podcast: More hawk talk with Laura Goggin
Posted by Grieve at 4:15 AM