After nearly 14 months of inactivity at 20 St. Mark's Place, workers are now on the scene here between Second Avenue and Third Avenue... a concrete crew has been spotted in recent days (all photos from yesterday via Steven...) 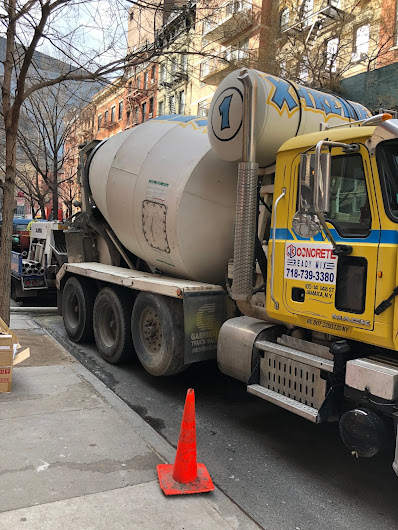 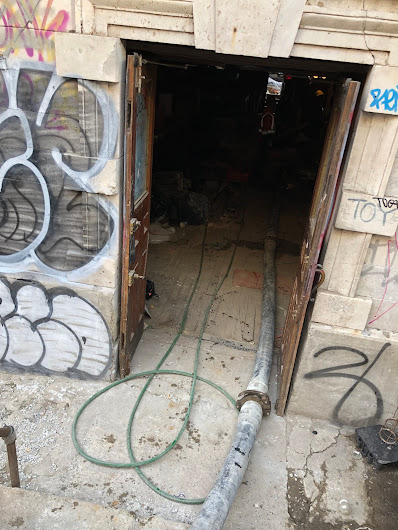 The interior doesn't look too different from when it was the Grassroots Tavern (KIDDING)... 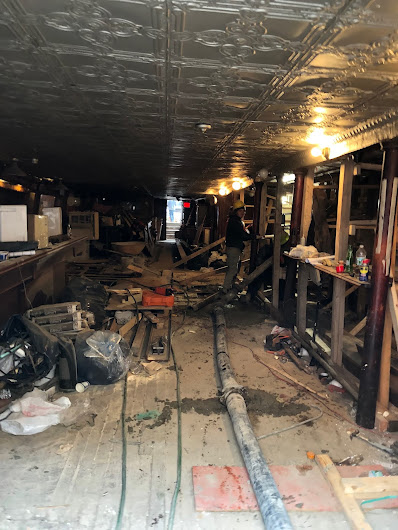 A quickie recap on what's going on here: Approved permits are now on file for repair work in the lower retail space, the longtime home of the Grassroots Tavern until New Year's Eve 2017.

20 St. Mark's Place, known as the Daniel LeRoy House, was built in 1832. It received landmark status in 1971, and added to the National Register of Historic Places in 1982. Since the Grassroots closed, people keep tagging the former bar's entrance.

The former Grassroots Tavern ready for a renovation
Posted by Grieve at 4:06 AM

For a landmarked building, they're sure destroying the space!

The posted Dept of Buildings permit it says NO Concrete and the photo shows the old wooden bar has been chopped before an exposed floor. What is going on here? Where is DOB/inspections? Gas and fire issues coming soon to this cool old building?

It truly amazes me that people/corporations are buying these beautiful old buildings to only spend tons of money to make them look new. Why not spend the money and renovate them back to their beautiful architecture. If you have no regard for history or nostalgia then buy new, or build new or go to another neighborhood. Where is landmarks, and DOB?