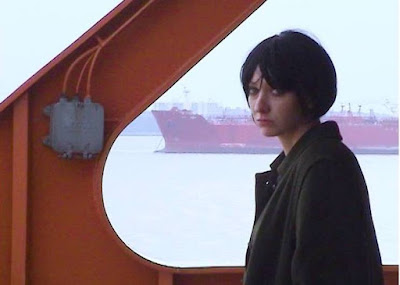 The next episode of the web series "Zhe Zhe" — "a comic fantasy about the glamorous misadventures of two fame starved wannabes" — premieres Saturday night (at 8!) at the Sixth Street Community Center.

So what has happened since the last installment? Via the EVG inbox:

The fifth episode of the second season, "Take Me To Your Leader" functions as a standalone short film, while simultaneously providing answers to many of the arcane puzzles which have captivated "Zhe Zhe" fans for years.

Directed by "Zhe Zhe" writer Leah Hennessey, the episode follows a day in the life of "supervillain?" Chewie Swindleburne (Emily Allan), as she succumbs to the paranoia that has plagued her since last season’s denouement.

Both satire and celebration of the films of Antonioni, Jim Jarmusch, Nick Zedd, Agnes Varda and Gus Van Sant, "Take Me To Your Leader" is a ridiculous exploration of psychic terror and cinephilia.

... this latest "Zhe Zhe" is the New York-est, strangest episode yet.

Allan, who was born and raised in the East Village, previously told me this about the series: "It's definitely inspired in part by my childhood memories of ye olde East Village aesthetics, while also poking fun at our present culture of hyperbolized downtown mythos and manufactured nostalgia."

You can watch this episode on Saturday night at the Sixth Street Community Center, 638 E. Sixth St. between Avenue B and Avenue C. The show starts at 8 p.m.
Posted by Grieve at 11:30 AM

whoa is that Momus?? cool! will check this out