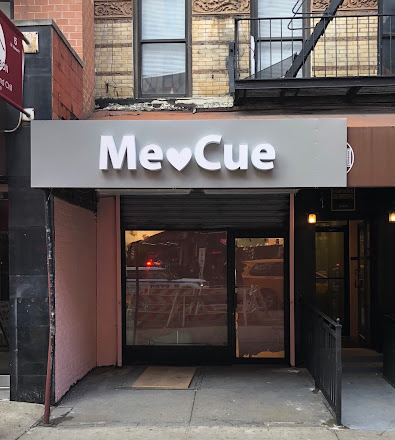 Signage arrived late last week at 17 St. Mark's Place between Second Avenue and Third Avenue for Me ❤️ Cue ... apparently they will be selling cosmetics, not unlike Shibuyala that just opened at 37 St. Mark's Place. 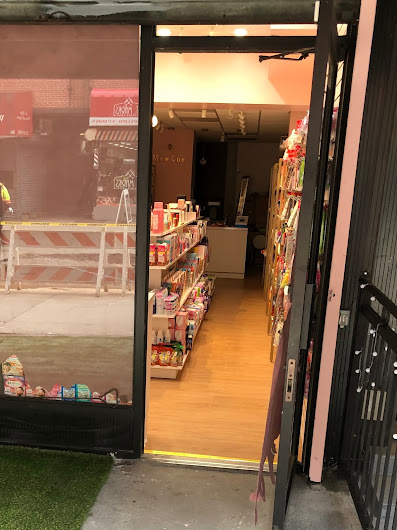 [Me Cue photos by Steven]

This storefront was most recently (as you can see from the awning under the Me ❤️ Cue sign) the Mandala Tibetan Store.

And that Optimo Cigars shop/deli (with its 75-cent coffee) closed last month on First Avenue between Third Street and Fourth Street ... 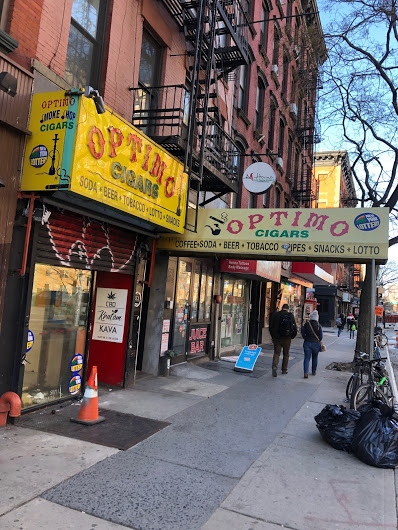 Workers were putting up the signage for the new tenant yesterday — the Empire Smoke Shop, whose awning touts e-cigarettes, CBD and Kratom... 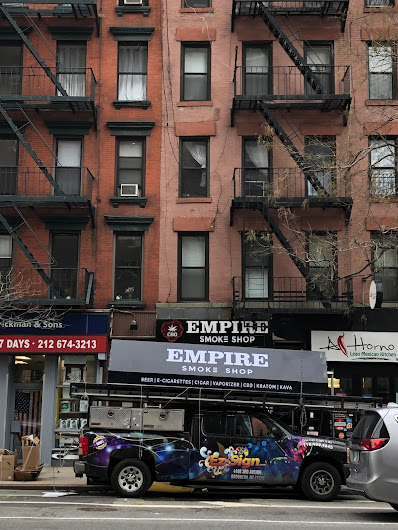 And a flashback to an old friend next door — the Pudgie's-Nathan's-Arthur Treacher's action-packed combo that ruled the Avenue in 2012... 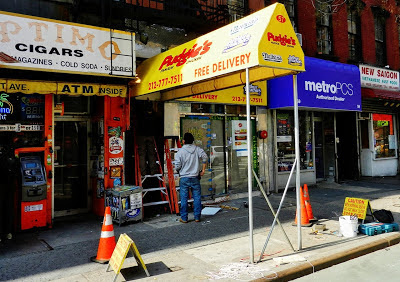 Well that's a bummer... used to get stuff at the Optimo from time to time, but I never tired of seeing that old sign.

I love seeing that sign show up in old photos of the city.

Aw hell, I thought that was going to be a new barbecue place. Guess I took the sign too literally.

Oh gosh, I loved Nathan’s! Best fries EVER and the hot dogs were awesome.