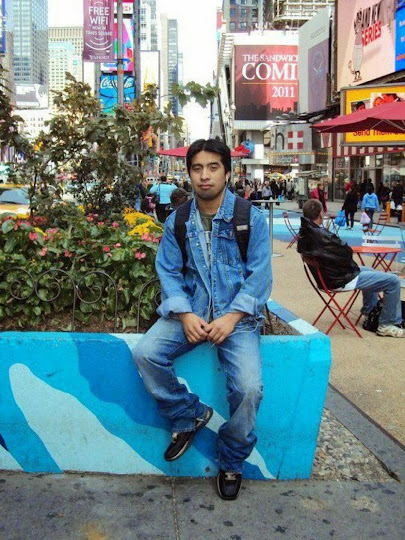 The medical examiner has confirmed that the second body discovered in the rubble of 121 Second Ave. on Sunday is Moises Ismael Locón Yac.

Locón, an employee at Sushi Park, was 27. He and Nicholas Figueroa died when a gas explosion rocked the building housing Sushi Park last Thursday.

Various media accounts noted that Locón sent most of his paycheck back to his family in Guatemala, where he worked as a school teacher before moving to the United States seven years ago.

On his days off in New York, Locón liked to accompany his older brother, Alfredo, and Alfredo's two children, to city parks.

According to The New York Times:

Despite a growing fondness for his adopted city — the walls of his rented room in Queens bore a poster of the Empire State Building and a framed cover from The New Yorker — Mr. Locón had been planning to return to Guatemala this year to reunite with his girlfriend [his childhood sweetheart], according to a cousin, Pablo Yac.

"I saw that young man every day," Michael Schumacher, the co-owner of a food market near the sushi restaurant told the Daily News. "Every single day we had a chat — you know, ‘How’s business?’ The kid worked hard for his family. He’s gone. He’s gone."

An East Village couple, who did not know Locón, has established a crowdfunding campaign to raise money to help his family pay for the funeral and other expenses. You may find details here. As of this post, $810 has been raised.
Posted by Grieve at 5:05 AM

RIP Moises Locon. God has taken you too early.. You were very down to earth and had a beautiful smile. I wish you get a blissful and painless life there. We will never forget you. We will miss you a lot..

RIP, Moises Locan. NY was blessed to know your smile during your time living here. Hugs to your family in Guatemala.

So sad. Rest in peace.

This is heartbreaking. I am so sorry for Moises and everyone who knew and loved him.

We all move here for better things, or a "short time". God bless you. No one deserves to be let down like this. It's reprehensible that greed and shoddy morals killed people and left so many of my neighbors homeless. Xo

That picture really touches my heart. Moises was so young, hardworking, full of promise—he is what New York City is all about. What a wonderful son he was to send money home to his family like that. His girlfriend must be heartbroken. I am so deeply sorry for their loss. RIP

Condolences to his family and friends.

What the deaths of these two people, regardless of age, is quite profound - every MINUTE is a gift. Please remember this every minute of your(our) lives...

Double, triple sadness - he was both helping his family and his sweetheart has lost him :'(

It Was Her NY/my private coney said...

I checked the crowdfunding about an hour ago and it was almost $2000. Any amount is helpful it seems. This is just a tragic loss to our country and to his.

Sincere condolences to Moises family, friends and hometown sweetheart. He is exactly the kind of person who makes the East Village what it is - a true home and community. RIP - you will be greatly missed.

Poor guy. There are no words to describe the sadness and loss of him. 23 years old is incredibly young, with your entire future ahead of you. And, what is most admirable was him sending part of his pay to his family. We all need to appreciate everything and everyone in our lives. Anything can be taken away from us at any time. I hope he is at peace. RIP young man.

This entire tragedy makes me cry for those whose lives were lost and homes were destroyed.

My deepest sympathy to the family, friends, and loved ones of Moises Ismael Locon Yac. What a terrible loss of someone so young, hard-working and energetic. A life and a future cut tragically short. He had the spirit that makes NYC great.

RIP, Moises. I pray that your family & friends & loved ones will find comfort in their time of sorrow.

whats not to love about a hardworking cool guy like him ? such a tragic loss