Triumphant returns: Zoltar back where he belongs again outside Gem Spa 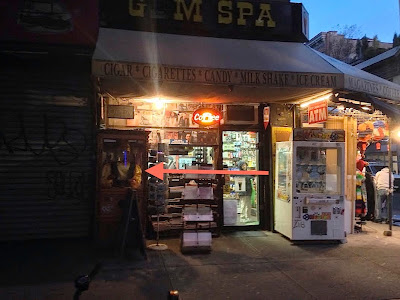 Back in October, in a move that Zoltar Watchers called shocking ("shocking" or shocking), someone decided to move Zoltar to the left of Gem Spa's front door by the to-go window, away from his two-year-plus home on the right side. All to give more space and access to the stupid Key Master game that's not even there anymore and maybe some hats and sunglasses.

Now, though, we can report that overnight Zoltar is back pretty much where it all began here... 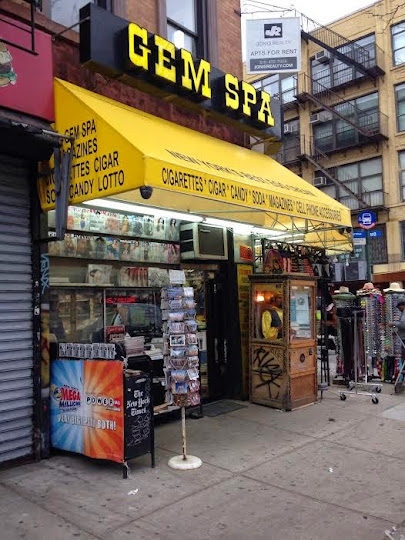 And if this helps... 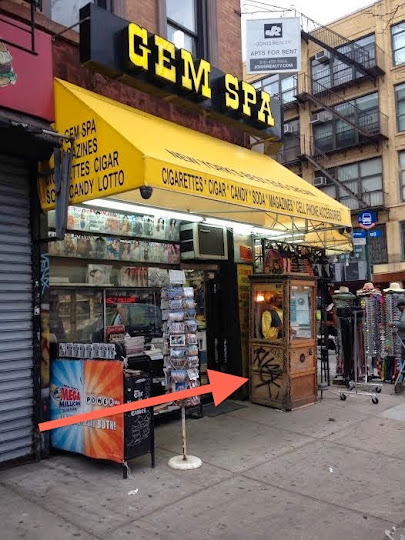 Previously on EV Grieve:
Gem Spa shake up puts Zoltar on the outs

I wish somebody would steal Zoltar--very annoying and dumb

Driftin' to the right.....just like the rest of this flippin' metropolis.

Grieve, are you aware that there's a HUGE Zoltar display at FAO Schwartz? I wanted to take a photo for you, but the mobs (on Dec. 26) made it impossible.

No! I didn't know that! Is it operational?

And I didn't know there was one on 21st Street either...

Arrow looks, how to put this politely? - happy to see Zolar.

Zoltar is our protector. Listen to him as he tries to get people out of harm's way:
https://www.youtube.com/watch?v=eoy3pIiTQlM at 17 seconds ("What are you waiting for? Come on over...")