Met Foods checks out of its longtime 3rd Avenue home 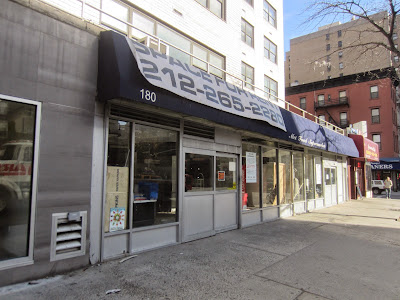 We didn't get the chance to note this last week, when the Met Foods on Third Avenue between East 16th Street and East 17th Street closed for good. (Yes, not technically in the East Village, but we know some residents who live in the northern part of the neighborhood who shopped here.)

And we didn't did hear an official reason for the closure. The space is for rent via Solil Management. The listing doesn't seem to be online. 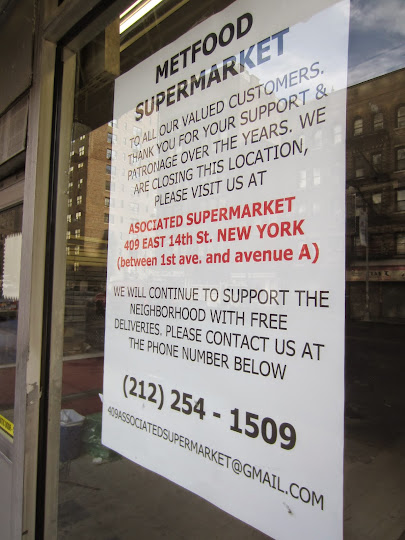 The store has mostly been cleared out… 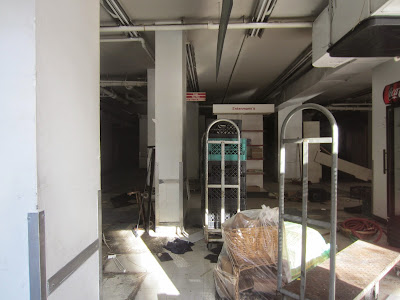 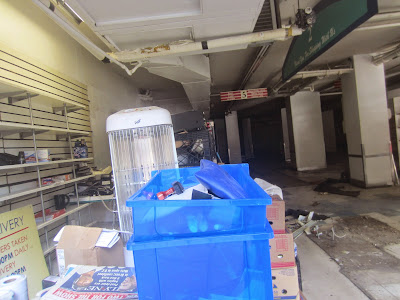 A few items remain, such as the time clock and a cane... 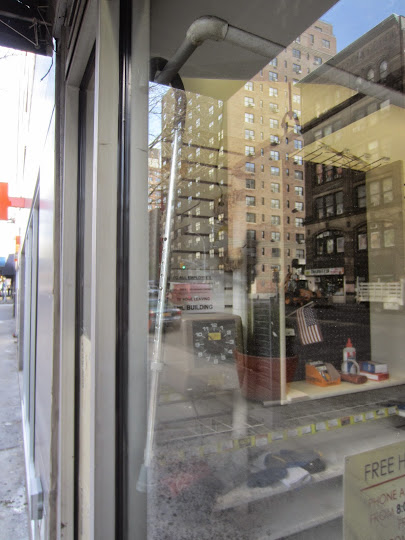 EVG reader Harry Weiner alerted us to the store's last day. And here's what he had to say about the impending closure in February:

"It has been in the neighborhood for many years – one of the last old-school stores. It will be a great loss to many residents. Prices were reasonable," he said. "I'm sad about this. I live nearby and have been shopping there for about 18 years. There are many longtime employees who will lose their jobs.

"Frankly, it's my favorite neighborhood store because it's a vestige of a fading grocery store era and reminds me of my Brooklyn youth."

Previously on EV Grieve:
The Met Foods on 3rd Avenue in Gramercy Park is closing (19 comments)
Posted by Grieve at 4:30 AM

Oh dear, I hope the Associated can handle all that extra patronage!

Oh dear, I hope the Associated can handle all that extra patronage!

This was always a terrible market but as long as we're focusing this far north Mariella Pizza (and pasta) down the street from Met at the corner of 16th is a gem with some of the best pies/slices left in NYC and well worth supporting before we lose them too...great staff and this is a 35-year-old joint with no pretensions but plenty of seating where you can linger with a single slice picked up at the counter or order a full range of the usual red sauce specialties, soups, salads.