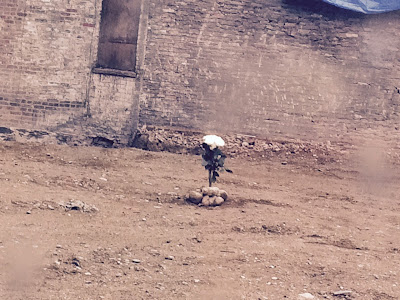 As we're told, workers at the scene victim Nicholas Figueroa's family left behind this small monument with white roses.

Figueroa and Moises Ismael Locón Yac died in the explosion on March 26 that injured more than 20 people and left dozens of residents homeless. 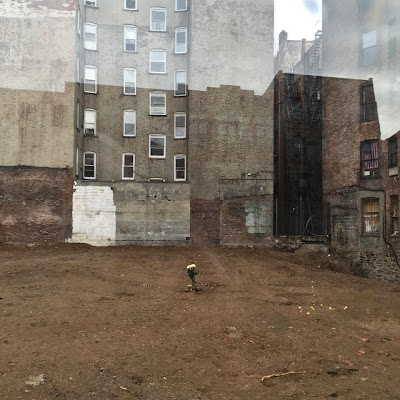 @EVQP...the exact word/thought that came to mind for me, too.

Gut-wrenching. God bless those who left this small, but heartfelt tribute.

Ugly crying. This is beautiful.
For the people, pets, and homes that were lost - never forget

This is very sweet.


Thank you whoever left this.

Please don't forget that the fundraiser for busboy Moises Locon is still short of its goal:

I really hope that some kind of permanent memorial or plaque is erected so that in 50 years people walking past will know the tragedy that occurred on that corner. This is something that should not be forgotten after the shiny new buildings have long been erected and and those who bore witness to the event no longer remain.

But right now, it's cleared, boarded up, painted, and ready to go on the market. What might be the going rate for this unexpected real estate bonanza? I'm sure there are tons of vultures circling around. I hope the residents get first pick, but that might not be the case.

Wow 6:24am such kind words it would be a good way a tree planted by locals

To 6:24, maybe we should set up a Facebook page and put the paperwork for the permits maybe the police, the ems the docs and local people will all want to help after all this is our Home..

The 1966 Wonder Drug fire on 22nd/23rd Street (FDNY's biggest loss of life before 2001) had a plaque on the new building (6 East 23rd).
The lot is worth millions,and the Hrynenkos are probably going to have to sell to handle their lawsuit liability.The Pasternaks,who own 123 Second,are probably going to be made a good offer by whoever buys out the Hrynenkos.Then they have to finance a new building (which would be cheaper and more versatile than separate new buildings for each lot) and,one must hope,install utilities that are not prone to explode!