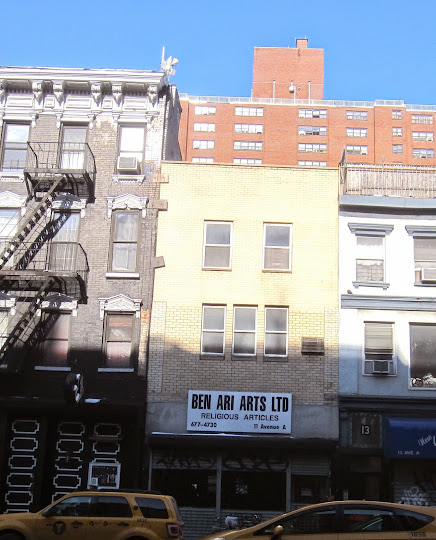 Been some time since we checked in on the former religious articles store at 11 Avenue A between East First Street and East Second Street… Ben Art Arts, which had been at this location since 1960 (opened on Allen Street in 1945) closed at the end of 2013. 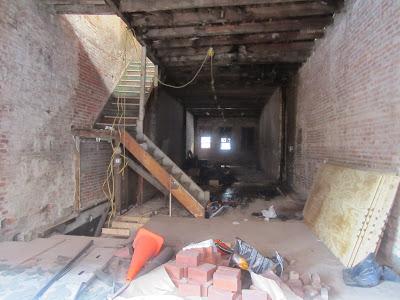 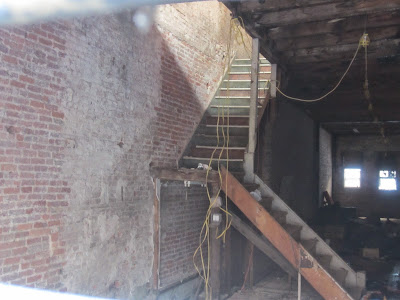 We haven't spotted much activity here of late. There are DOB permits pending for a six-unit residential building with an additional floor. (The DOB last disapproved the plans in January.)

As BuzzBuzzHome first reported back in January 2014, the developer is Abraham Soudry's Better Living Properties and Robert Strong Architect is designing the conversion. (Soudry reportedly pleaded guilty in 2010 to bribing an undercover investigator who was posing as a building inspector.)

Ben Ari Arts owner Yakov Melmed, who started helping his father sell an array of menorahs, ceremonial wine cups and prayer shawls at the store in 1973, made the decision leave the neighborhood. He sold the building for $3.4 million.

And as far as we know, this was the last of the Judaica shops in the Lower East Side.

I bought a fabulous 60's pseudo-Scandinavian design glass and metal seder plate with matching matzo tray at this place some years back. I was always amazed to see that they were pen but they had some cool oddball religious items. (And I say that as a Native NY Jew from the 70s)

That floor above the one on which the photos were taken - it looks like it has a major dip in it! Should that be 311-ed?

I loved that store and miss it. The owner decided to retire, no tragedy here, but it is the passing of an era, and goodbye to another useful store. -- Local Jewess