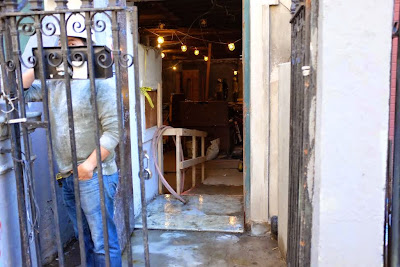 We haven't checked in on the conversion of the Congregation Mezritch Synagogue at 415 E. Sixth St. into luxury condos in four-plus months. 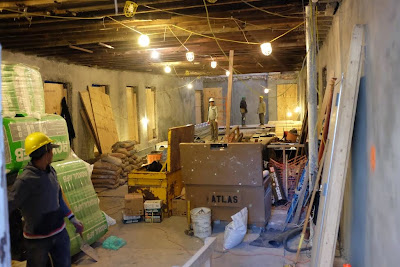 Back in January, the Daily News reported that sales for the three units will start this fall.

The landmarked building between Avenue A and First Avenue was reportedly in disrepair and the congregation's population had dwindled. Synagogue leaders signed a 99-year lease with East River Partners worth some $1.2 million. The renovations include a penthouse addition and an elevator. The synagogue will retain space on the ground floor for their use.

"Some people are purists and they wanted to keep the building exactly as it was," Robert Rand, president of the synagogue's board, told the Daily News. "But that would have been tantamount to benign neglect. This was the key to survival."

About the condofication of the Congregation Mezritch Synagogue on East 6th Street
Posted by Grieve at 4:25 AM