95 Avenue A now free of construction netting and sidewalk bridge 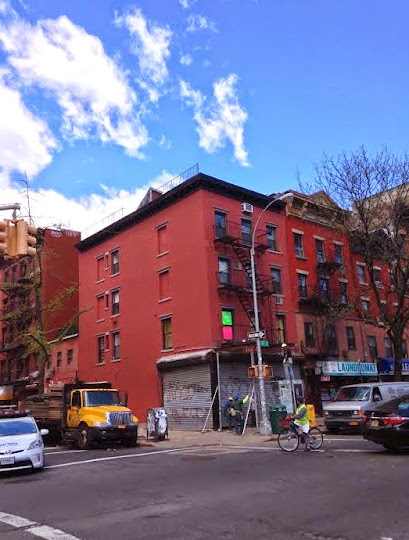 Workers today removed the rest of the construction and sidewalk bridge that has encased 95 Avenue A for several months.

Apparently the structural repairs (sinking building???) here at East Sixth have been made.

During the rehab, Gin Palace, one of the three bars (along with Cienfuegos and Amor y Amargo) that make up the retail component of the building, closed for service last November.

As the Times reported last week, work gutted the Gin Palace interior. So co-owner Ravi Derossi is taking the opportunity to re-imagine the space, opening a "tiki-influenced" bar later next month called Mother of Pearl. 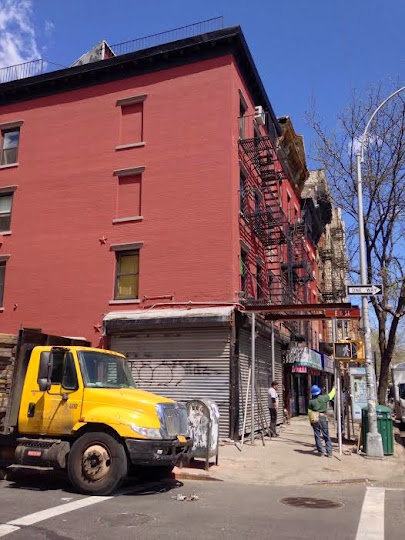 Email ThisBlogThis!Share to TwitterShare to FacebookShare to Pinterest
Labels: 95 Avenue A, Gin Palace, Mother of Pearl

There was a bar or something on the 2nd floor right? I wonder if that is still showing as rent stabilized apartments somewhere in the city database.

Cienfuegos is still on the 2nd floor.

This makes me happy. Living next door, that whole corner has been depressing. Next, we need a new restaurant to replace Benny's.