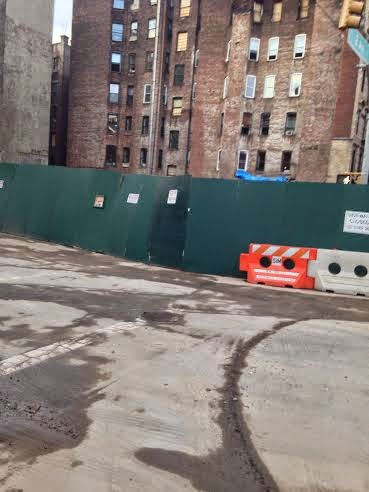 The city reportedly gave the OK more than a week ago for residents to return to 125 Second Ave., adjacent to the three buildings that collapsed following the deadly gas explosion on March 26.

Metro talks with residents in the building who report nearly uninhabitable living conditions.

“It's difficult to understand why the vacate order was lifted weeks ahead of the anticipated timeline. The air inside is thick; without a face mask, nausea and headaches set in within half an hour — that's the longest I've been able to stand it,” said resident James Styron, who had lived in the building for just three weeks before the fire.

“We are expected to pay rent for mid-April onward, but the conditions are (inhabitable), regardless of what city officials say. I'd invite any of them to spend the night in one of the south-side apartments, where the worst damage occurred. It might change their perspective,” he said.

As Metro found: "City records show that air quality tests, conducted by the Departments of Environmental Protection and Housing Preservation and Development, were done on the sidewalk across the road, not inside the building."

“If HPD cleared it, then they’re alright,” he said, adding that only two of the apartments actually had the fire inside them, and four have long-term vacate orders on them.

GOLES is currently working with residents to help form a tenants association and has submitted their notes to the Department of Housing Preservation and Development to try to facilitate a walk through of the building. 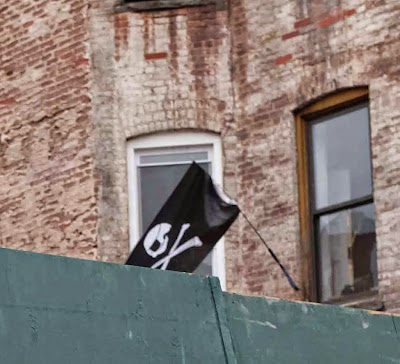 The flag continues to attract attention...

Has anyone profiled the pirate who lives adjacent to the East Village building that blew up? https://t.co/wFNRoZvlzQ pic.twitter.com/SJIxR2Ivup


As Metro found: "City records show that air quality tests, conducted by the Departments of Environmental Protection and Housing Preservation and Development, were done on the sidewalk across the road, not inside the building."

how can you test the air INSIDE a building from OUTSIDE and ACROSS the street?
there are no words for this stupidity!

If I happened to live in that building, I would refuse to pay rent, until it is habitable, safe and free of toxins and debris. It is an unfortunate situation and tenants who are directly affected suffer as a result. Not fair!