Reports: 'Stomp' will be leaving the East Village 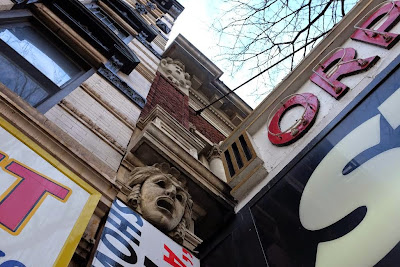 Following up on the reports from yesterday in which the owners of the Orpheum Theater were suing the producers of "Stomp" to prevent the 21-year-old show from leaving the neighborhood.

However, a Manhattan judge ruled yesterday that the production is allowed to discontinue its contract and move on to a new theater in Midtown.

Why the seemingly sudden departure? Per the Daily News:

Glenn Spiegel, a lawyer for 'Stomp''s producers, said the show has been a 'cash cow' milked for years by Orpheum’s owners who have refused to maintain the historic theater for years.

"'Stomp' did not want to move,” but 'it smells like sewage' in the lobby, the carpets are in a state of disrepair and there are signs in the rest rooms asking people to dispose of soiled toilet paper in the waste basket, not the toilets, Spiegel said.

The lawyer also said patrons have complained about rats, which have been seen in larger numbers in the neighborhood since a gas explosion two doors down on Second Ave. leveled three buildings and killed two people on March 26.

"The show decided we can’t function like this any more," he said.

However, Manhattan Supreme Court Justice Jeffrey Oing told "Stomp"'s lawyers "that he will hold the production liable for damages — and will undo its contract with the new theater — if an arbitrator rules that 'Stomp' had no right to move.

As for the Orpheum, reps argued that they had been in the process of making the repairs and that the "Stomp" producers should allow the theater some more time before their departure. Their primary concern is that the venue will suffer financially without the show, according to an article in Playbill.

As for when "Stomp" might leave for New World Stages, a multi-theater complex on West 50th Street, the News mentioned it would happen as of June 15.

We just checked the "Stomp" website and found tickets available at the Orpheum through Jan. 3, 2016. 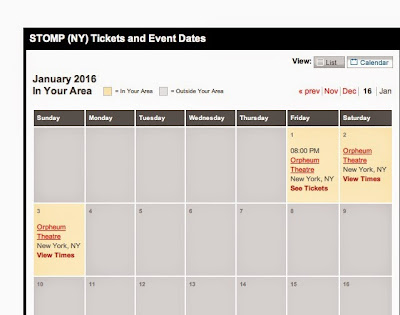 What an arrogant ass.

Hey Stomp! if your whatever the hell it was soooo good how come it was showed at only one lousy to you theater? 'Last I checked this place allowed many a cast member of yours the opportunity to earn a nice steady paycheck. The Orpheum provided you a place to be a "cash cow" - apparently you forgot that.

This lawyer and Stomp! should be thankful Stomp! was let into this place and had the long run it had there. Seriously, so disrespectful.

Ok Orpheum, you just got dumped. Now is the time to look forward and move forward. Don't blame Stomp, don't try to sue them into staying. They simply don't want you anymore, the die is cast. Yea it sucks that a trusty longtime tenant has abandoned you. But that does not mean you can't learn to love again and find happiness. Come on now, you are a classic theater in the heart of a bustling, rapidly gentrifying neighborhood. You are a great catch. (once you've cleaned yourself up a bit of course) You don't need Stomp and I think deep down inside you know this.

re ^^ comment, where is that coming from? such a deranged comment. the fact that both parties have had a profitable relationship for many years does not prevent any of the complaints about the state of disrepair of the theater from being true.

The pro-landlord posters are out early today.

Time for the Orpheum to reintroduce LIVE entertainment on Second Avenue, ala Fillmore East. The Orpheum would be PERFECT for this....

Hoping to get a live venue too... Probably just get another much needed motherfucking CVS

Good. Maybe now we can finally get our first Casino.

Yeah, seriously; there are other off-Broadway shows just dying for a venue to happen at. I first saw Hedwig and the Angry Inch when it was off-Broadway—over at he Jane-West hotel.

I love seeing the rats on stage. They remind me of a Disney production with their big white teeth and slap stick routines. Who cares if there's a fetus in the trash, it's all in good jest!

I'd go just to see the rats; nobody told me it was an animal act!

4:22pm The lawyer is talking about private matters in public when he doesn't need to, that's why it's disrespectful. Just move on and out. And I'm not "pro-landlord" 4:33pm so you can stuff if with that nonsense.

The Orpheum isn't holding up their end of the deal (so Stomp's lawyer says as there's always two sides), ok, so again just move out. No need to make it public when The Orpheum didn't. And I agree that it's weak for The Orpheum to try to force Stomp to stay if Stomp is not contractually obligated to do so.

You know whats going to happen: Orpheum owners will sell, building will be knocked down and new glass cube will be erected in its place

Who cares! You can watch the NYPD perform Stomp at any protest rally. They signed my neck!

Orpheum made it public by FILING A LAWSUIT.

Forgive me for thinking you are pro-landlord, when you blame the tenant for commenting on a case FILED by the landlord.

Lawsuits are not private. Orpheum filed a lawsuit. Do the math.

Good luck at New World Stages. That place is another heap of crap where ceilings fall in, the electrics and air conditioning break down and the facilities are a bust.

I have nothing against Stomp but it will be nice to have something new there for a change. It's nice to have a theater in the neighborhood but if the same thing is there for 20 years it just attracts the tourists.

this is my favorite thing that has happened here in a long long long time !! YAY !! Good Riddance !!

why the assumption that this would be replaced with anything other than the same old tourist crowd? nothing else is going to bring $50/head every night on the steady like that. it'll probably be replaced with "Stompé" -- same frat-stomp-show-garbage-can trick but w circ du solie costumes :)