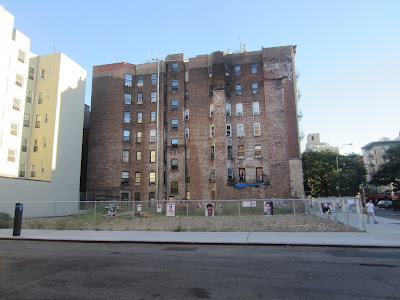 Yesterday, we posted a Q-and-A with Jennifer Porto, who lived at 125 Second Ave. at the time of the deadly Second Avenue explosion this past March 26. Several apartments in that building sustained substantial damages, include Porto's home of three years.

Today, we talk with another former resident of No. 125, Elizabeth Dimond, who shares her experiences these past six months.

What was your housing situation in the days/weeks immediately after March 26?

I was supposed to move to a studio apartment down the block from my old building on March 30. I had already started boxing things up and then the explosion/fire happened. I didn’t know what to do because I lost all of my possessions, including furniture.

The thought of living in an empty apartment and walking by the explosion site every day was pretty scary, to say the least. I decided to temporarily stay with my boyfriend of two months and then we decided to make it permanent.

Looking back on it all now, it seems absolutely crazy but I can’t imagine my life any other way now. 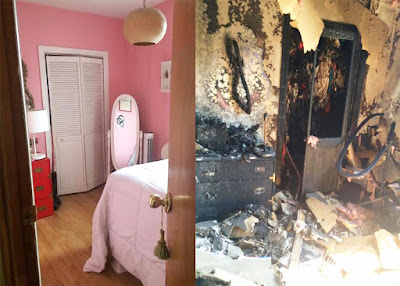 Where are you living now?

I’m in the West Village.

Do you plan on returning to the East Village?

I spent six amazing years in the East Village and it will always have a special place in my heart. I think it was and still is important for me to be in a new area right now. I feel like I’m starting a new chapter in life and a new neighborhood is a big part of that.

What has been your biggest challenge in rebuilding your life in the past 6 months?

I’m in the design industry and fashion is very important to me. I had an emotional connection to my wardrobe. I spent years curating what was hanging in my closet and to lose it all seemed like I lost a part of myself.

Teaching myself that those things aren’t what make me uniquely me, and leaving them in the past has been a struggle but also an invaluable lesson that I am grateful for. I dealt with a lot of anger in the beginning. I had to buy something like a t-shirt and it would infuriate me. I would think, “Why am I spending money on a t-shirt, I used to have hundreds of t-shirts!” ... but to dwell on it and let anger build up was a pointless exercise. You can’t move forward and rebuild if you’re living in the past.

I’m now at a place where I have accepted what happened, see the good that came out of it, and realize how ridiculously lucky I was to have such an amazing network of friends, family and even complete strangers who helped me through this tough time.

That's one thing that truly amazed me after the explosion. I had casual friends, friends of friends, acquaintances, and strangers reaching out to me to offer up their help and even their homes. I will never forget that.

Also, two people lost their lives in that explosion, so above all else — I recognize that the rest of us are so lucky that we were unharmed.

Previously on EV Grieve:
How displaced residents are faring after the 2nd Avenue gas explosion

And read our interviews with longtime residents of 45 E. Seventh St. Mildred Guy and Diane McLean.
Posted by Grieve at 4:30 AM