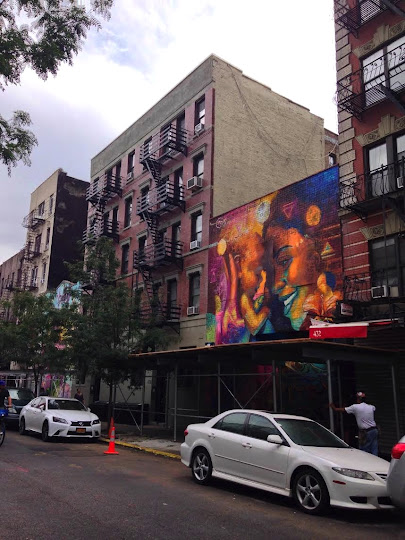 Construction of the incoming condos Thirteen East + West entered the next phase yesterday … as workers started to erect the sidewalk bridge at 436 and 442 E. 13th St. between Avenue A and First Avenue … 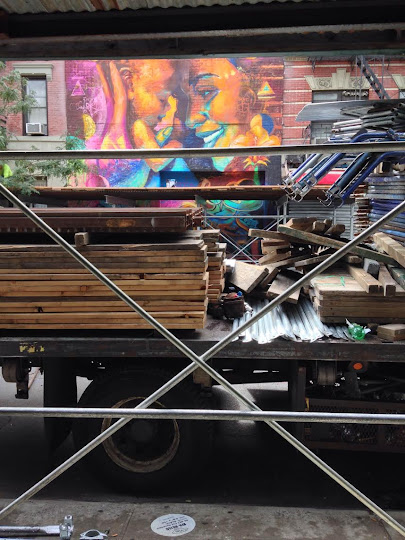 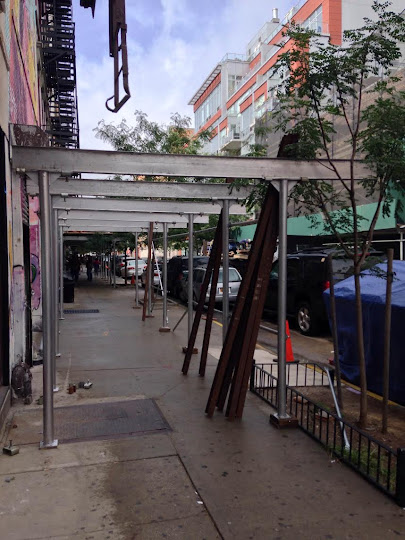 The two garages that were sold earlier this year on this block will be demolished to make way for six-story buildings that will house floor-though condos. The penthouses at each building will have their own private garages and roof decks. Pricing will start at $2.3 million; $3.4 million for the penthouses via celebrity broker Ryan Serhant. 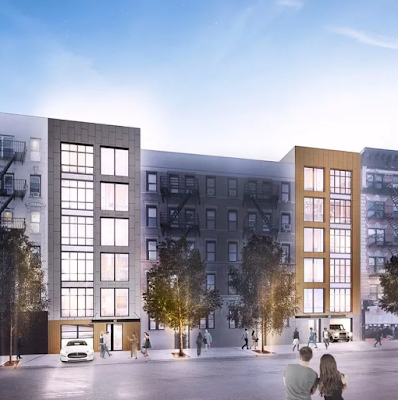 Back in June, the developers unveiled the luxury condos with a street-art competition that saw murals go up on the soon-to-be-demolished structures. The mural theme: transience. According to the news release announcing the competition: "Buildings go up, buildings come down and art too is victim to the vicissitudes of time."

Temporary art and future condos on East 13th Street
Posted by Grieve at 4:19 AM

How does one become a "celebrity broker?" Just asking.

"art too is victim to the assholes of all time"