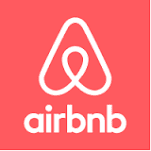 An EVG reader shared the following with us about his or her apartment building:

Our building was pretty much an illegal hotel all summer. Large, loud groups of international travelers ... parties nightly, suitcases banging up and down the stairs, people buzzing all apartments when they couldn't find the front-door key, and last but definitely not least, four apartments with bedbugs.

So, hoping 311 would be helpful for a change, several of us called in the situation. The first resident was evicted [late last week].

Lesson learned; You do not have to put up with this kind of intrusion on your living space.

My neighbor has a rooftop deck and her Air B&B guess apparently smoke and flip lit cigarettes down 5 floors on my deck next door. She owns her apartment so she is the landlord.

I gotta say 311 complaints do work. We've had inspectors at our building due to crappy contractors and vermin...and results seem to be happening.

AirBnB is a scourge. It's hard enough to find a reasonably priced apartment in this city without thousands being taken off the residential market and being used as full time illegal hotel rooms. I'm in a walk up tenement building on E7th and the apartment above me is let full time on AirBnB. The constant stream of tourists, the slam, slam , slam of their suitcases up and down the stairs, the laughing and screaming in the stairwells and the lack of consideration as an upstairs neighbor drives me insane. Last Sunday morning early they must have opened their window and somehow their window AC unit fell out and crashed down onto mine, damaging it and and then smashed to the ground between apt buildings. Another night I woke terrified because someone was trying to get into my apartment. Turns out the idiots forgot what floor they were on and trying to use their key in my door. I've considered reporting them but I've reported bad tenant behavior before and invoked the ire of a dead set psycho. So hmmm.

We have the same problem with lit cigarettes landing on our little terrace. These come sometimes from AirBnBers taking the top floor apartment (which has a roof deck), but more often from the building next door. We have contacted management of that building multiple times to no avail. Police and Fire Dept say there is nothing we can do without film evidence or something of the sort.

We have to clean up the cigarettes every day. These have burned holes in our outdoor furniture. I am even more concerned that a lit cigarette will land on a person on our terrace.

11:35, if this is happening every day, it shouldn't be hard to get photo evidence of. I'm seeing nighttime security cameras on Amazon for $50, and less if you can pool with other people in your building. If you've gone so far as talking to the police and FD, I don't see why the extra step should be too difficult.

Stop being scared of these Assholes! They do this shit because they get away with it. My neighbor is in court right now and he harasses me for putting him there but it's all going to be worth it when he's booted the fuck out.

I'd be glueing some locks if people were flipping live cigs onto my terrace, or buying some eggs.

Yes, report; call 311 as often as you can. We had VERY loud roofdeck party people up until 4:00 am on a weeknight (not sure if they're tenants or AirBnB'rs) and previous groups in that building partying way too loud, and my goodwill gave out. After calling 311, the noise did subside, and I even got a follow up call from a polce rep.

I'm with the majority. Don't let your neighbors bully you. Don't be afraid to report them. Speak to them first. Then drop the hammer. If you're reasonable most people will listen rather than face the consequences. Good luck. It's worked for me over the years.

I'd be glueing some locks if people were flipping live cigs onto my terrace, or buying some eggs.

You would glue their locks if they bought eggs? That's harsh.

4:57, the estimable grump's comma usage is correct. Therefore the egg is on you!

The practice of short term rentals becoming second income for people living elsewhere is part of what is destroying our great community. We should all get involved and stay alert. As I watch many long term neighbors retire, and move away and their children living in Queens and Brooklyn because of the high rent I feel both sadness and anger at the lack of city support.
You cant eat money.

My neighbor used her apartment as a hotel room for the last few months of her lease. Given I liked her, I ignored it. I wouldn't do that again.

I was just on Air BnB's site seeing if anyone in my building is listed: nothing at the moment. I noticed, though, that there are lots of folks who don't even list that they live in NYC renting apartments on the site. WTF?

Get a life all of you! Tourists make this place and business flow. Take a chill pill and give these airbnb out of towners an ashtray.

Regarding "tourists make this place and business flow..."

A different point of view...

The NYC tourism component has changed quite a bit over the past 15 years or so. As a world city, NYC for decades attracted travelers, particularly those interested in museums and the arts as well as its neighborhoods. Tourism was one piece of NYC.

Mayor Bloomberg, who sought to transform NYC into a "luxury brand" ramped tourism up quite a lot, creating a fake Las Vegas/Disneyland NYC experience. Per NYC data, there were 36 million visitors in 2000, 48.8 million in 2010 and 54.3 million in 2013.

There re too many tourists. NYC is no longer for its residents - has been transformed for tourists (and other "luxury" folks).

NYC housing has been destroyed in favor of development of hotels, icons like Macy's was renovated for tourist shopping, SI residents are crowded from the ferry due to tourists and the list goes on. And now Airbnb is 1) taking apartments off the market and 2) creating real issues for actual residents in buildings.

NYC is not the only place where tourism has overwhelmed daily life - Barcelona is another such example.

Airbnbers are out touristing all day and asleep by midnight, but definitely blame them when you know it isn't.