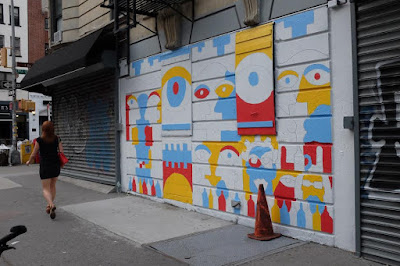 Billy the Artist started a new mural on the northeast corner of Second Avenue and Sixth Street on Friday...alongside the former Spice space... 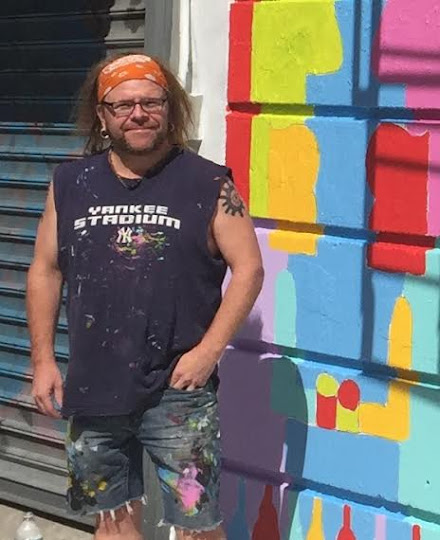 A business called Lions BeerStore is in the works here, per the sign on the gate. 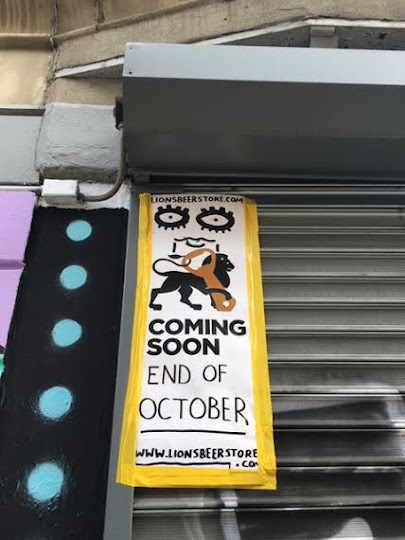 The website advertised takes you to a store that "is the brand name for combining high end beers, casual dining and bistro style." There is currently another location in the Greek port city of Thessaloniki.

As we understand it, the store will sell beer to go... as well as offer room inside for draft beers and food. Passersby have reported people out front collecting signatures .. ahead of October's CB3/SLA committee meeting.

And here's the look at the final mural yesterday... 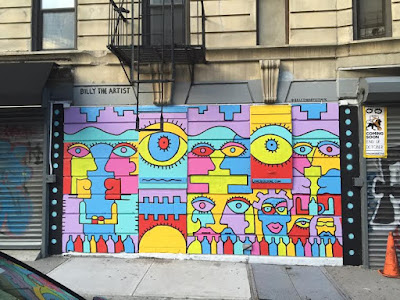 And we hear that two of the panels are already missing since Saturday night...

If you are not selling coffee or alcohol in the EV then your business will apparently not survive.

nice mural! good luck to them.:)

two of the panels are window covers, so might be taken off to let in light (or maybe they are swiped).

Billy the Artist is my new fave artist! Now THIS is a good mural.