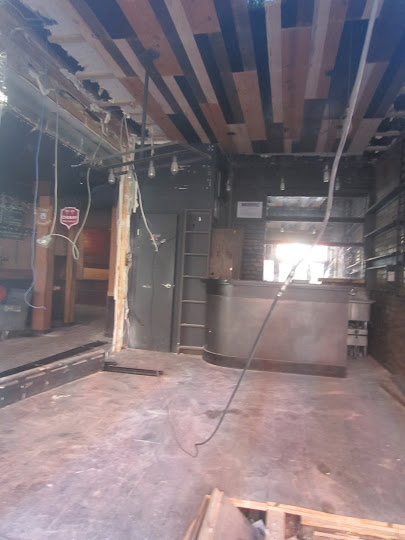 [A few weeks ago]

A few weeks ago, we noticed that workers removed the wall that separated the former Ton-Up Cafe and Belgian Room on St. Mark's Place between Avenue A and First Avenue.

Some St. Mark's Place empty storefront watchers thought this work might indicate a new tenant was on the way in…

Apparently not. For lease signs arrived on the spaces yesterday… as well as on the adjacent Hop Devil Grill front door… 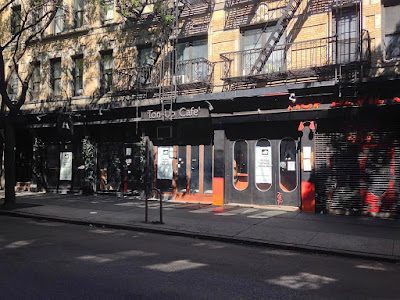 This is the first time that we've seen any for lease signs on the Belgian Room and Hop Devil Grill since the State of New York seized the sister bars back in April. The Ton-Up space at No. 127 has been empty since May 2014. (The for lease sign here arrived, before disappearing, last October.)

Previously on EV Grieve:
The Belgian Room and Hop Devil Grill closed for nonpayment of taxes

Sitting empty on St. Mark's Place
Posted by Grieve at 4:10 AM

More sports bars please so we can officially rename the EV, Jock Village.

Why did Stingy Lulu's have to go in the first place? What wasn't broken didn't need to be fixed!

this is an odd coincidence, no ?