Veselka is free from its sidewalk bridge 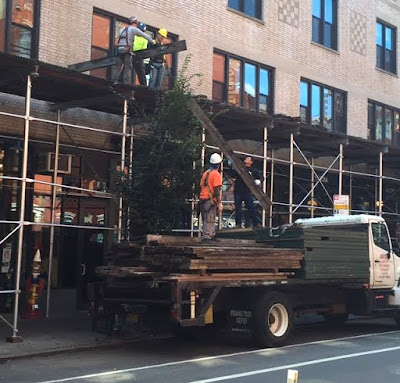 After nearly four and a half months, workers have removed the sidewalk bridge from the building that houses Veselka on Second Avenue and East Ninth Street... 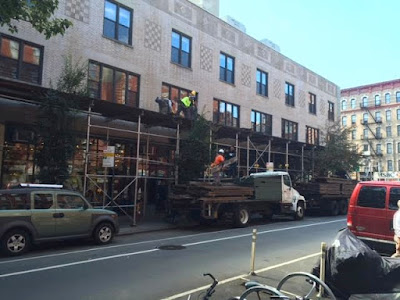 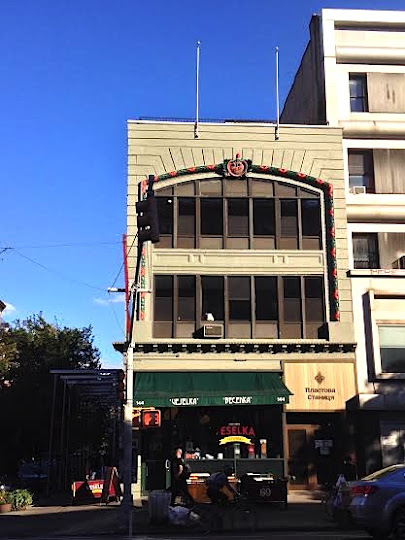 Back in late April, Veselka owner Tom Birchard told us that several small pieces of masonry fell off the building… and the building's landlord quickly had a crew erect a sidewalk bridge ahead of the repair work… unfortunately, the work wasn't completed quite as quickly, and the restaurant's sidewalk cafe was under cover for the late spring and the entire summer.

Photos via EVG correspondent Steven
Posted by Grieve at 4:16 AM

"...unfortunately, the work wasn't completed quite as quickly, and the restaurant's sidewalk cafe was under cover for the late spring and the entire summer."

Hurray!!! I love Veselka, but navigating that stretch a MAJOR PAIN, especially when they decided that one of their sandwich boards needed to be positioned OUTSIDE the seating area barriers. Would that the sidewalk cafe had been suspended during this time...

Anonymous 1:39, Whenever I pass a restaurant that put their placard too far out, blocking the sidewalk, I fold it up and lean it against their wall. Maybe you should start doing that.

Yay! All is right with the world.

5:25 -- I like that! I'll start doing it. Sooo annoying when restos create stumbling blocks for us poor peds.