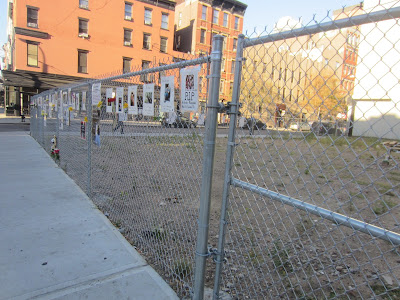 Six months after the deadly explosion wiped out the northwest corner of Second Avenue and East Seventh Street, Jennifer Porto still finds herself without a permanent home.

She had been living at 125 Second Ave. the past three years. While the blast and fire destroyed three buildings — 45 East Seventh St. (119 Second Ave.), 121 Second Ave. and 123 Second Ave., 15 units in total — several apartments next door at No. 125 also received substantial damage, include Porto's. She lost most of her possessions. Porto says that her apartment remains under renovation ... and she hopes to return.

As for the explosion, authorities have said that siphoned gas at Sushi Park at 121 Second Ave. may have been to blame for the explosion, which killed Moises Ismael Locón Yac and Nicholas Figueroa, and injured two dozen other people. The investigation continues.

On the 6-month anniversary of the explosion, we spoke with two residents who were displaced from 125 Second Ave. (Look for Part 2 tomorrow.) Here's more from Porto:

What was your housing situation in the days/weeks immediately after March 26?

Luckily, I was able to take advantage of the three-day stay that was being offered at the Standard East Village. Their generosity in those first couple of days is beyond anything I could have expected.

For the days/weeks immediately after I bounced from hotels to friends' apartments. I was amazed at how many people offered their couches and apartments. It was an overwhelming time but people were extremely generous and I am forever grateful for that.

Where are you now?

I'm more permanently in the Bronx, but I also continue to bounce from place-to-place when staying in Manhattan. I feel so guilty asking to stay with friends and never want to be a burden. I'm lucky to have some amazing people in my life who graciously offer me their apartments when they go out of town or don't kick me out after I have been staying with them for a while.

Do you plan on returning to the East Village?

I would love to return to the East Village. When I first moved to NYC I was living on the Upper West Side. It wasn't until I moved down to the East Village that I really felt like I was home. This neighborhood is my favorite and I truly can't imagine being anywhere else.

What has been your biggest challenge in rebuilding your life in the past six months?

In the first couple of weeks I was still in shock. I could not believe that this had happened. But I tried to keep things in perspective. Things could have been far worse. And for the most part I have maintained a positive attitude.

There are still days where I'm reminded of an item I lost in the fire, a memory from my apartment, and I have a hard time. There are days when the last six months have felt like a lifetime ago and other days when it feels like just yesterday I was watching it on the news at work.

I'd say the hardest thing for me is not having a sense of stability. I'm living out of suitcases and don't have a place to call my own. Once I am back in my apartment I can really start to rebuild my life and, hopefully, get back to normal. With that said this challenge has taught me a lot about myself. I've learned that I am a lot stronger than I give myself credit for and can handle things in any situation.

I want to reiterate how generous people were during this time. Family, friends, co-workers and even complete strangers. I wish I could find them all to personally thank them. They have moved me more than I can say and I will forever be grateful for how generous everyone has been as I rebuild, and start over. 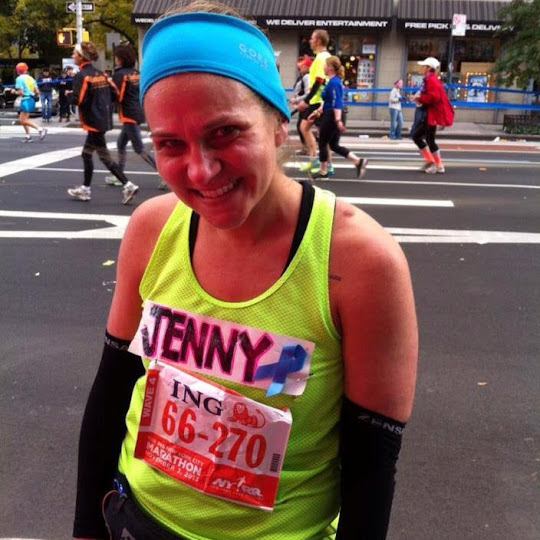 Previously on EV Grieve:
How displaced residents are faring after the 2nd Avenue gas explosion

And read our interviews with longtime residents of 45 E. Seventh St. Mildred Guy and Diane McLean.
Posted by Grieve at 4:30 AM

It's terrible what happened, but I think people are going to have to get used to the idea of not living in this area any more. Not just the ones displaced by the fire, but everyone. If there was organized resistance to displacement, I wouldn't think this, but there just isn't, as someone wrote in another comment thread.

6 months and no one is charged yet? wtf are they doing?

I walked by the site and thought if there had been a shooting there, charges would have been brought immediately. But you blow up a fucking building because you're tampering with gas lines, and you aren't arrested? Not one person has been arrested. How can that be?

If the market deemed their arrest necessary, they would be arrested. These things don't happen for no reason. The market needs these owners to remain at large.

Bill the libertarian anarchist, and advocate of market absolutism.

To help support Jennifer during to recover from this tragedy. Please go to her crowdfunding site: https://www.youcaring.com/emergency-fundraiser/help-jen-recover-from-2nd-ave-explosion/331811

why should she have to give up the idea of living in her old neighborhood? her "eviction" was a criminal act of the landlord that caused her to not have a home.
the landlady is not in jail and poor jennifer is being punished.
listen up deblasio - tenant protection should include landlords being forced to house tenants that they displaced illegally in other housing in the neighborhood.

Actually, the quote is:

"Crime Does Not Pay—As Well As Politics."

Yes. Assuming there's a successful criminal/civill case brought against the landlord and/or contractor, shouldn't the landlord/contractor end up being responsible for her belongings, housing, etc.

anonymous said "6 months and no one is charged yet? wtf are they doing?"

Maybe the powers that be don't want to stir up the muck surrounding Con Ed itself, or give things a chance to recede farther in the rear view mirror of public memory. Should be interesting when charges finally are brought...

I think 11:43 may be right. The explosion pulled the curtain on some serious, endemic corrupt practices. So the thinking probably is, let's not make too big a deal about this. Maybe it's similar to the City not prosecuting drivers who kill or injure someone who has the right of way in a crosswalk. If they did prosecute such people it would mean that the NYPD would have to actually pay attention to traffic violations from that point forward. This would take up all their time and clearly they have other priorities. Hopefully there is justice for the residents eventually but don't hold your breath.