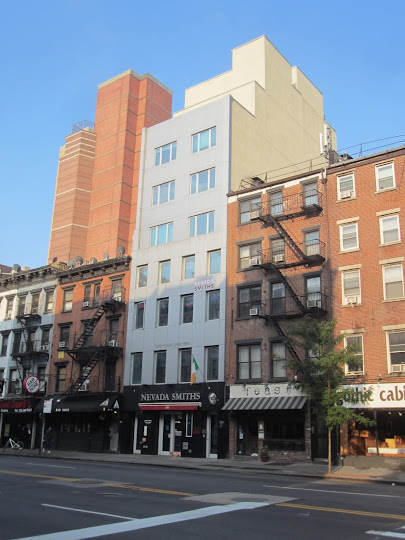 As we first reported on Tuesday, the Marshal has seized Nevada Smiths on Third Avenue between East 12th Street and East 13th Street.

We walked by this morning… a time when the place would normally be open showing various matches (Chelsea v. Arsenal???). There aren't any signs on the front doors noting the closure. The Marshal's notice remains. Oh, well there is an empty jug of ketchup and two signs for a band on the sidewalk... 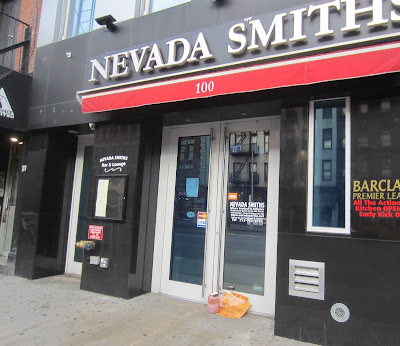 We haven't heard any other updates on the situation here. This is the bar's official message:

Due to Circumstances Beyond our Control NS is temporarily closed. We are working to resolve the Situation and Hope to Re-open Soon.

In April, DNAinfo reported that a New Jersey bank filed suit against Nevada Smiths after the bar failed to make the last four payments on a $150,000 loan.

The football/soccer mainstay opened in their new home in April 2013.

They better hurry up, SantaCon is less then 3 months away, and it woulld be a shame if they missed out on their favorite day of the year.

They have some stiff competition with some 50,000 bars in the surrounding area.

Not that anyone that has drunk here would care this is where the name "Nevada Smith" comes from.
"A naive half-Indian, half-white man evolves into a hardened killer as he tracks down his parents' murderers." Late 60's starred Steve McQueen.