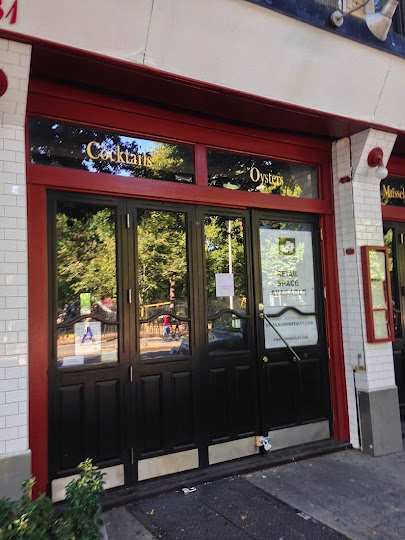 The for lease sign arrived on the front door yesterday. 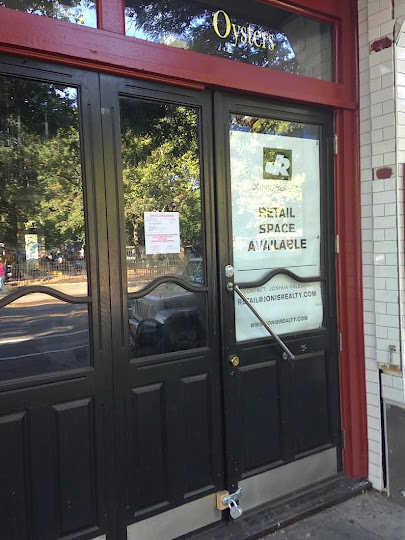 As we first reported on Aug. 18, the landlord took legal possession of the restaurant at 131 Avenue A between St. Mark's Place and East Ninth Street. 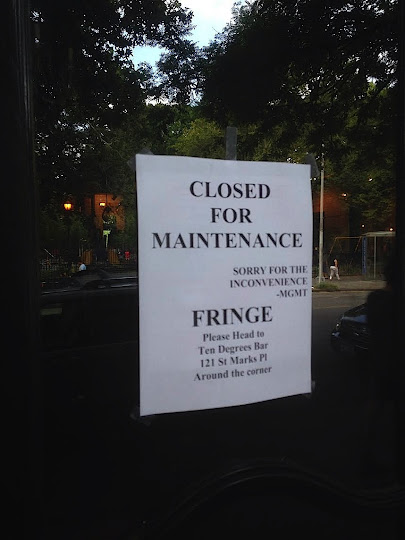 The proprietors of Ten Degrees Bar around the corner on St. Mark's Place took over operations of the Flea Market Cafe in March 2013 ... changing the name to 10 Degrees Bistro in December 2013.

The Marshal seizes 10 Degrees Bistro on Avenue A
Posted by Grieve at 4:21 AM

another almost perfect example of the loss of a neighborhood place where at least some regulars went, to this crap-hole 10 degrees that looses it's pants in a few months, making the whole miserable exercise a further miserable waste of time for everyone here. certainly what's soon slouching towards Ave A to fill this hole can't be pleasant either.
SB

Seems like a lot of closings lately, certainly more than openings.

This is the new norm. No one should be surprised by this. With staggering rents executed by over zealous landlords, these businesses won't flourish because of the price. Most are here for a brief moment and gone the next. Sad.

All these landlords shooting themselves in the foot. Fucking retarded that is didn't just stay Flea Market. Why do they want the extra stress and loss of income?

There are websites (property shark) and public records to find out names and addresses of these greedy owners. What you could do with such info varies.