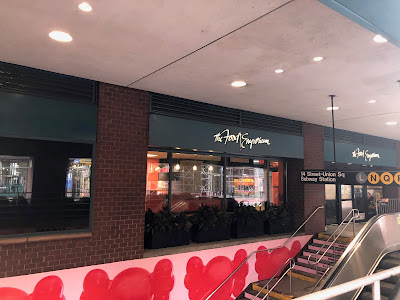 While waiting for the second half of 2023 for the Wegmans to open on Astor Place... here's a quick look inside the former Food Emporium on 14th Street in the base of the Zeckendorf Towers.
Workers have gutted the interior ... 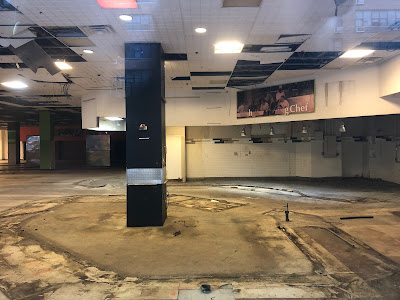 ... and someone punched out the front door... 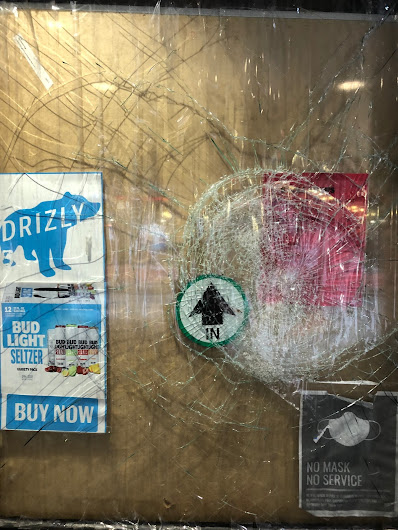 As you likely know, a Target is slated for this space. Lois Weiss at the Post first reported on the deal in February 2020. At the time, Food Emporium was expected to be here until April 2023, with Target arriving by the end of the year, per the article.
While this location is listed on Target's future store locations, there isn't any update about an amended opening timetable.
Food Emporium closed on May 29.
Posted by Grieve at 5:00 AM

Please tell they're putting in a roller/ice skating rink named after Taylor Swift and only plays her lovely fun songs.

That door got punched in during the last few days the supermarket was operating. The crowd that hangs out in that area in front of the elevators can be a tough one, it'll be interesting to see how Target copes with them.

Even though the flier is down off the entrance, there’s still hope that the salmon sale may still be going on🤞🤞

Another Target to boycott…