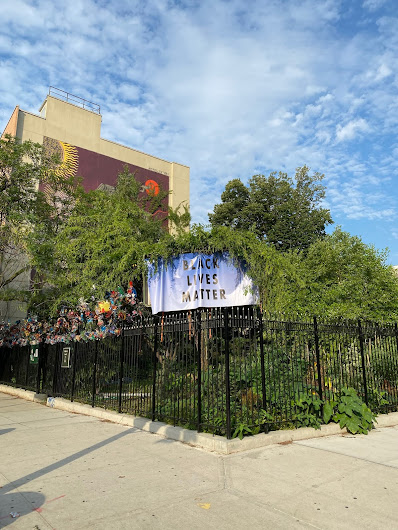 A view earlier today of La Plaza Cultural on Avenue C and Ninth Street via Vinny & O...
Posted by Grieve at 9:30 PM No comments: 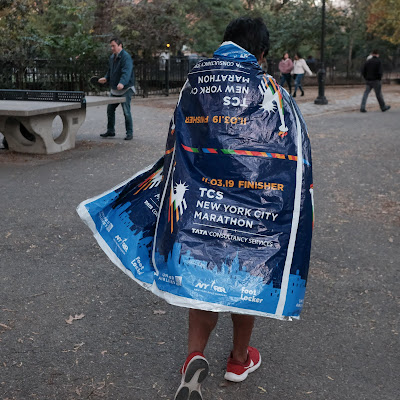 After the NYC Marathon ... photo in Tompkins Square Park today by Derek Berg...
Posted by Grieve at 10:00 PM No comments: 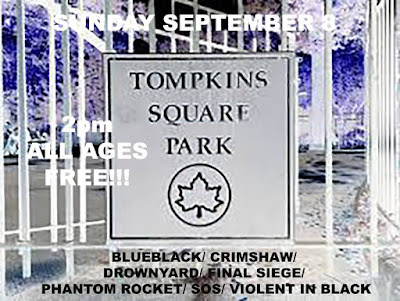 SOS & Friends are hosting a free concert — a little rock, metal and punk — in Tompkins Square Park this afternoon in the usual place.

Back on Jan. 10, Derek Berg spotted workers installing the Cafe Che winterized doorway on the front of the new East Village Playhouse on Sixth Street. 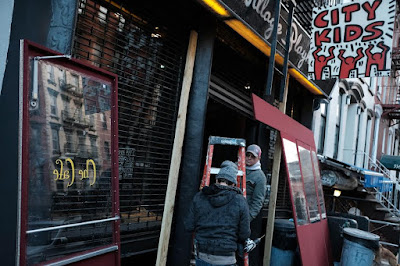 Not a good sign, at least for Cafe Che, which then went dark.

I asked owner Mark Merker, who launched Harry's and Benny's Burritos in 1987, what was happening with Cafe Che. He started selling empanada pocket and other items last April at 86 E. Seventh St. just west of First Avenue. 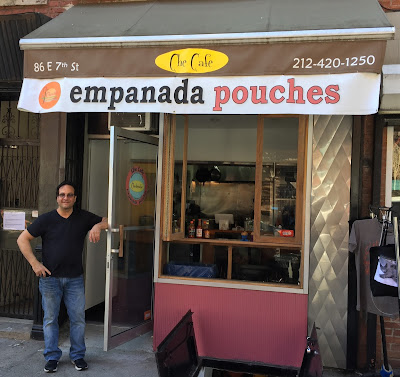 [Photo of Merker from last April by Steven]

"Right now we are in a pause," he said, and that he hoped to return in a few weeks with an expanded menu.

And yesterday, Cafe Che was back. As Jeremiah Moss first reported, the space is now going as Benny's Burritos & Empanadas.

The expanded menu will eventually include burritos and empanadas, along with tacos, chicken tortilla soup and more. Merker told me last night that the burritos will be on the menu in a few weeks.

So some good news for fans of Benny's, which closed on Avenue A and Sixth Street after 27 years in business in November 2014. (The Benny's to-go space next door closed in February 2015.)

Oh, and what about the Cafe Che winterized doorway? "That needed to come down because of a complaint called in to 311," Merker told me.

Previously on EV Grieve:
A look at Che Cafe, home of empanada pouches
Posted by Grieve at 4:20 AM 10 comments: 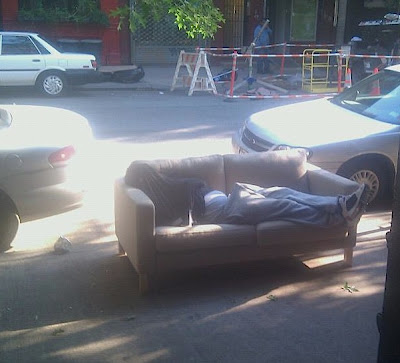 On East 13th Street this morning via EVG reader Jed...
Posted by Grieve at 9:28 AM 9 comments:

Your work is done here, assholes

Here on East Seventh Street and First Avenue... someone broke off the 7-foot sunflower about to bloom... and there is a note for that person now... 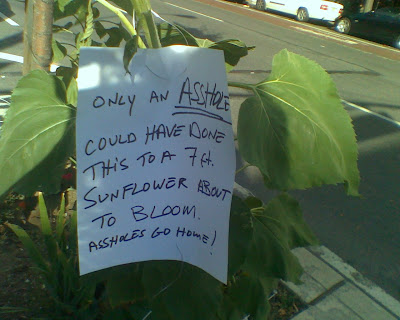 Thanks to EVG reader Raquel Shapira for the photo...
Posted by Grieve at 6:30 AM 6 comments:

The ramenators continue the branding process

The folks at May Chan Ramen & Robatayaki on Second Avenue and Seventh Street (the former Love Saves the Day location) have introduced a new logo for its charmless brown storefront and bricked-up windows... 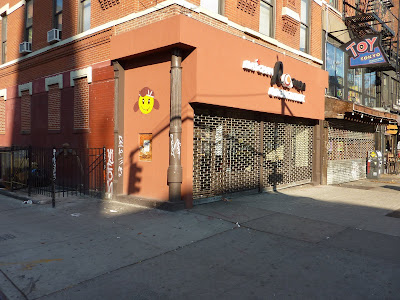 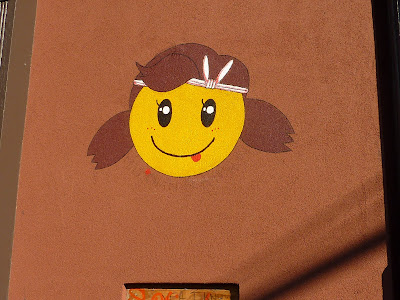 Flashback to this spot last year... 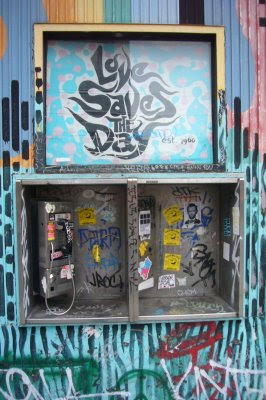 Previously.
Posted by Grieve at 6:35 AM 3 comments: