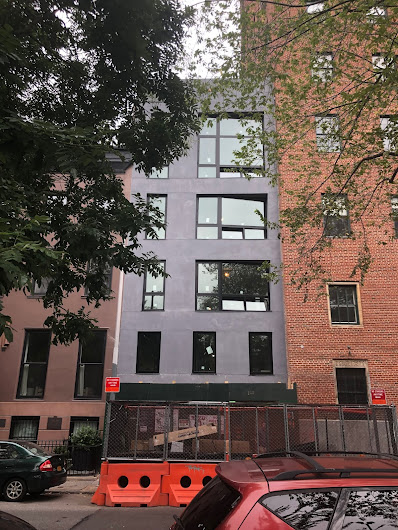 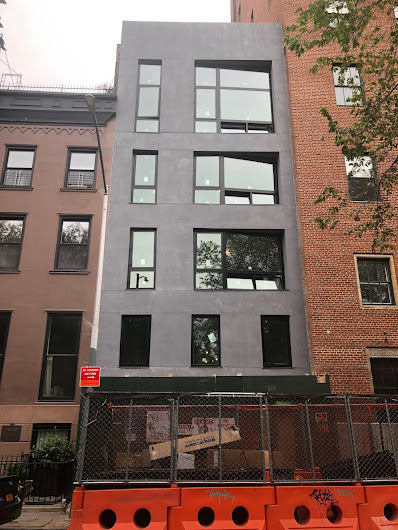 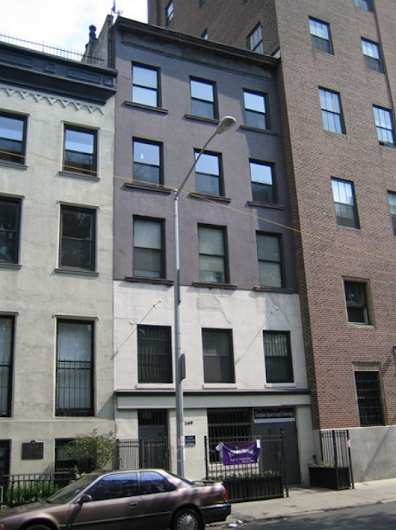 No word just yet on pricing or luxury amenities at the moment.
Posted by Grieve at 4:20 AM 7 comments:

Angel Memorial House for sale on Avenue B; condos or single-family home in the offing 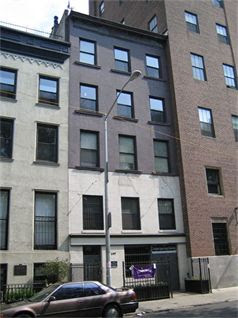 The longtime home of the New York Gospel Mission at 149 Avenue B near East Ninth Street just hit the market for $5.5 million. According to the Massey Knakal listing:

This 5 story plus lower level elevatored building is located directly across from Tompkins Square Park and will be delivered vacant. The property was gut renovated in the mid 90’s and is currently constructed of concrete and steel. This is an excellent opportunity for either a user to convert to a single family or a boutique condo conversion.

According to its website, New York Gospel Mission was founded in 1895 by Dr. Bernard Angel. He died in 1929, and his daughter Ruth became the director. In 1944 the mission purchased the five-story building at 149 Avenue B, and named it Angel Memorial House after the founders.

God's work is no longer necessary in the East Village, just more places for people to enjoy $27 cocktails.
Posted by Grieve at 12:10 PM 3 comments: