For these 14th Street buildings, there's now renovations inside to match the noise outside 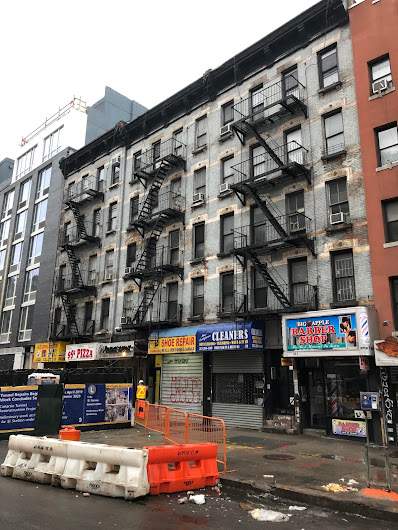 An EVG reader shared this notice from over at 426-430 E. 14th St., the three-building parcel between Avenue A and First Avenue... 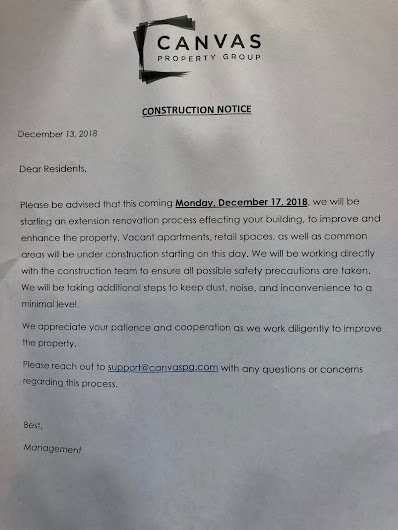 Canvas Property Group announced that building-wide renovations were to start yesterday on vacant apartments, common areas and the retail spaces.

Five of the six storefronts are vacant (just Big Apple Barber Shop remains). The 14th St. Lotto & Magazine was the first to go, in February 2017. A clerk at the store said that they were moving uptown. He declined to say why they were leaving the neighborhood.

I don't know what happened to the other businesses — at least two relocated. This stretch of 14th Street has endured a lot of demolition/construction in recent years, starting with the take down of the former Peter Stuyvesant Post Office branch and subsequent addition of the 8-floor luxury apartment building called EVE right next door. Not to mention that this block of 14th Street is the main staging area for the L-train reconstruction. 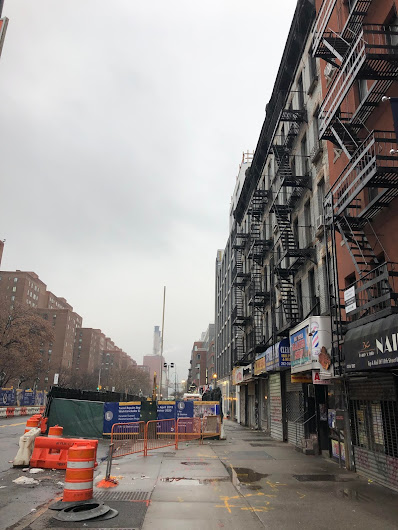 Back to the reader, who lives on the block — he said he felt badly for the remaining residents at 426-430 ... having endured the construction noise outside, and now inside.

The buildings were sold for $28 million in a transaction recorded in August, per public records.
Posted by Grieve at 4:20 AM 3 comments: