I thought they sold the stupid place at 141 E. Third St. last November. Then it was for sale again in May. NOW Page Six reports that the Strokes guitarist has sold the place for a little less than $1 million.

Posted by Grieve at 6:23 AM No comments:

Albert Hammond Jr. finds someone else to buy his Third Street apartment

Cityfile has the story. Because he is your favorite Stroke. Or Fab. Maybe Nick? And it's OK if you say Julian. Or Nikolai.
Posted by Grieve at 12:09 PM No comments:

Posts that I never got around to posting: That guy in the purple T-shirt 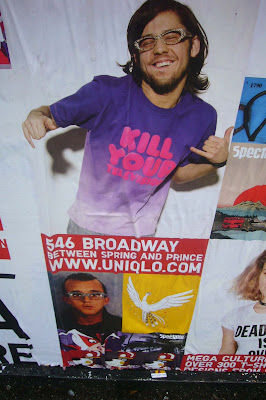 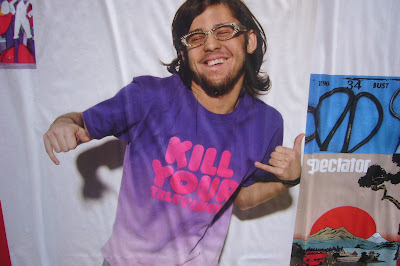 Ever since I saw these ads for Uniqlo on Suffolk and Houston I have nightmares that I'm forced to go out for speciality cocktails with that guy in the purple T-shirt and he takes me to a secret bar that's under another not-so-secret-anymore bar and no one drinks because they are too busy looking to see if Albert Hammond Jr. will show up, who eventually does and is actually really nice, which disappoints people who want to be ignored by a celebrity then we go to an after-hours party and I'm forced to select the music and everyone is watching me so I pick the Crystal Castles and get laughed at because they are so 2008.
Posted by Grieve at 6:47 AM 4 comments:

"I’d lower the rent for stores so all of the cool, small shops could afford to stay afloat"

That's Albert Hammond Jr.. who was a good sport and did the "Six Seconds With" feature in Page Six the Magazine (the content is finally available online) on June 29. The second solo record -- ¿Cómo Te Llama? -- from the guitarist for the Strokes comes out today. 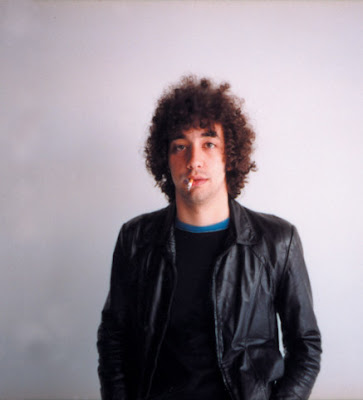 The East Village resident was asked:

What’s your favorite place to people watch? The Gracefully deli on Avenue A between Second and Third. You can see the whole spectrum, from crazies to beauties, walk by.

Where’s your favorite bar in the city? In the 10 years I’ve been here, I haven’t found one. I’d like someone to build a nice one that’s not behind velvet ropes and filled with pretentious people. [EV Grieve note: Safe answer. Do you really want to tell people where you like to drink?]

If you were mayor of Gotham, what would you change? I’d lower the rent for stores so all of the cool, small shops could afford to stay afloat. The huge chains are making the city start to lose its personality.

He also said: “On the weekends, the East Village can be overrun with undesirables,” says Albert. “But I love Manhattan. I’ve been around the world and it’s my favorite city.”

Sidebar: Why is this feature titled "Six Seconds With..." It takes more than six seconds to read.

Bonus: Hammond keeps a food diary for Grub Street!
Posted by Grieve at 6:59 AM No comments: