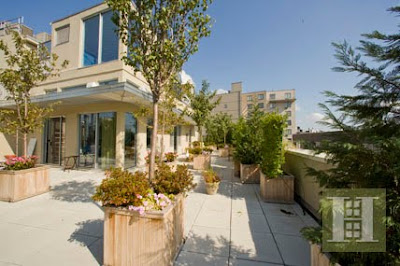 There's news from atop 6 E. First St. to pass along. The Post has the story!

“Dr. Doom” economist Nouriel Roubini has been forced to remove his giant hot tub — famed for being packed with hot young models at his wild parties — from the roof of his Manhattan penthouse by the city.

Roubini, dubbed Dr. Doom for predicting the financial crisis, ran afoul of the Department of Buildings after he did not get approval for the tub, large enough to hold 10, and the wooden roof deck he had built at his East First Street bachelor pad for his boisterous bacchanals.

Where now for the boisterous bacchanals? 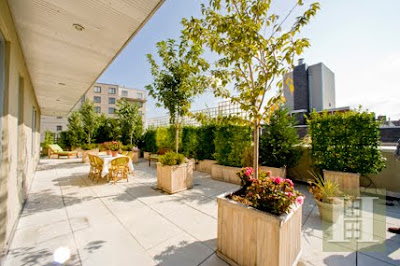 I meant to mention this from Friday... Bloomberg reported that Nouriel Roubini, the NYU economist (dubbed Dr. Doom) who predicted the global financial crisis, bought that swanky $5.5 million, 3,700-square-foot home at 6 E. First St. that I featured back in June ...

This place had been on the market for nearly four years... At one point, the three-bedroom apartment with a custom walnut wet bar was renting for $25,000 a month.

Maybe Dr. Doom should have rented it instead?

Felix Salmon at Reuters did the rent-vs-buy calculation using that handy-dandy Buy-Rent Calculator at the Times. You can read Felix's assessment here. (Too many numbers for me...)

Anyway, The Wall Street Journal notes that the Doominator owns a loft on Leonard Street... "The apartment was famous for Mr. Roubini's parties, which drew hedge-fund managers and models and occasional coverage in the gossip columns."

Forbes had more on the party angle:

"Rumors of Roubini being a party animal have been wide-spread, reaching vast corners of the internet. Internet gossipers have hit back at Roubini for liking to party, considering him sort of hypocritical given his serious, quasi-painful professional demeanor. Roubini is said to have partied with Russian oligarch Roman Abramnovich, owner of English soccer team Chelsea FC, at St. Baart’s alongside celebrities like Gwen Stefani, Beyonce, and Prince. Daily Intel even reports, with pictures, that Roubini’s “walls were ‘indented with plaster vulvas,’” at his current Tribeca apartment."

No word just yet if the plaster vulvas — which seem so 2007 — will make the trip to his new home. Read more about his party side on Gawker. [Bottom photo via Gawker]

Previously on EV Grieve:
After nearly 4 years, First Street penthouse finally in contract
Posted by Grieve at 6:50 AM 2 comments: