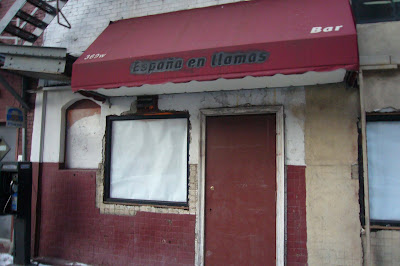 Hmm. Damn. Hate to see places like this go. Oh, it did seem as if something was happening inside, like some construction, though I didn't spot any permits. Never struck me as the place that would close for renovations, though.
Posted by Grieve at 6:59 AM No comments: