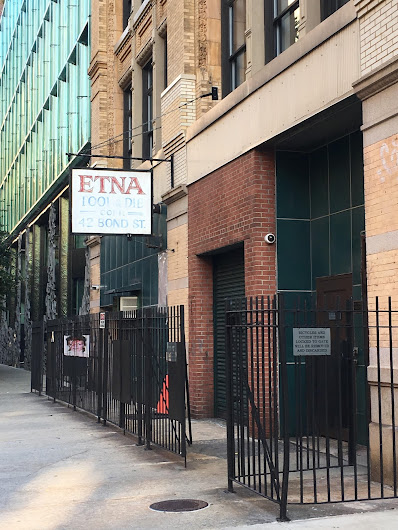 A farewell to Etna Tool & Die on Bond Street

After 70 years at 42 Bond St., Etna Tool & Die Corporation has closed... Gothamist has a feature on what was one of the last tool and die shops in the city.

Tool and die employees are a class of machinists in the manufacturing industry and make a variety of things one doesn’t usually think twice about—jigs, fixtures, dies, molds, machine tools, cutting tools and more. Galuppo invented the anti-coin theft device that was installed in most of the city's pay phones. ConEd was also one of Etna's biggest clients, making the tools they use every day in the streets.

Owner James Galuppo, who was born on the LES in 1918, opened here between the Bowery and Lafayette in 1946.

The family owns the building on Bond Street, and Galuppo's daughter Flavia says she intends on "honoring my father’s wishes by maintaining the building" and not selling it, retaining the few commercial tenants it still has.

The position-based David Bowie art by Scott VanderVoort remains on the fence ... 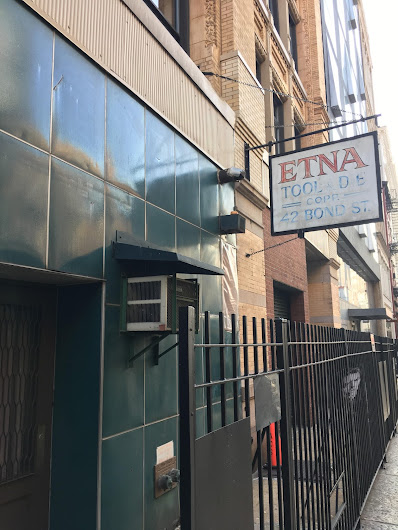