Meanwhile, it's Halloween morning at the 2nd Avenue F stop 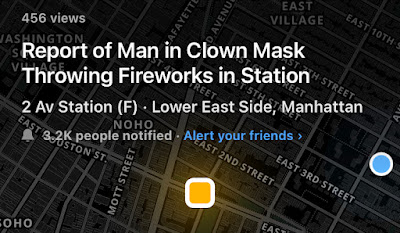 Two men were stabbed in a wild subway brawl in the East Village. https://t.co/skXafDaE6y

Two men were reportedly stabbed last night around 8:40 during a two-on-three fight on the uptown F-train platform at Second Avenue and Houston Street.

The Daily News reports that police are searching for three men — one black, one Hispanic, one white, all in their 40s, who escaped in the train tunnel. The five men involved in the fight were all said to be homeless.

One witness, a homeless man who only gave his first name, Eric, described the wild melee.

“They beat him and cut him bad and dragged him up the stairs,” he said of the 27-year-old victim. “He was leaking heavy. The other guy got cut in the head and he ran like a little b----."

Both of the victims (the other is 24) were taken to Bellevue Hospital for non-life threatening injuries, according to the Post.
Posted by Grieve at 4:04 AM 11 comments:

Multiple media outlets (like ABC 7 and the Post) are reporting on a jacket or bag fire that happened on a northbound F train as it pulled into Second Avenue early Saturday morning.

The incident snarled subway traffic for an hour, as the F trains were rerouted first to the A line, then over to the E line. Service resumed within an hour.

Per ABC 7: "Authorities have not confirmed how the fire started or who caused it."
Posted by Grieve at 2:00 PM 4 comments: 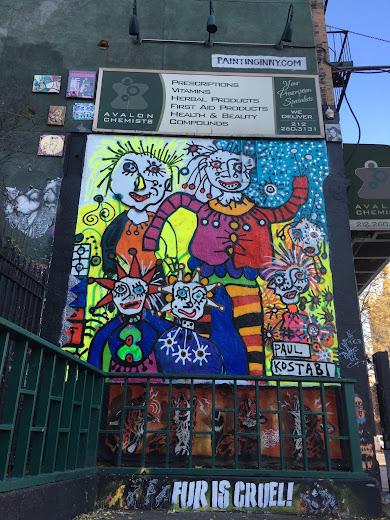 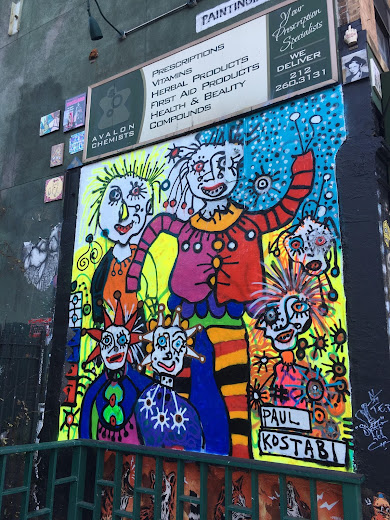 This Instagram account has all the murals that have been in this space the past few years... 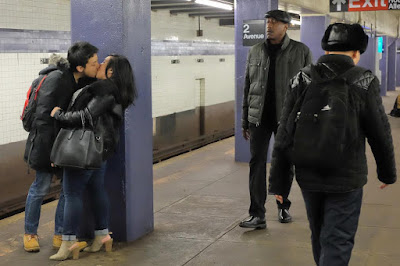 Waiting for the F at Second Avenue via Derek Berg
Posted by Grieve at 9:22 PM 4 comments: 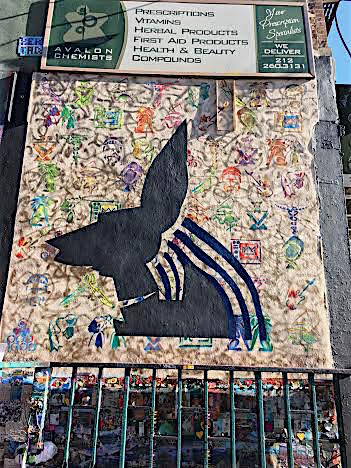 Just checking out the final mural by BluDog10003 outside the Second Avenue F stop at East Houston ... The mural is called Logos Urbana... 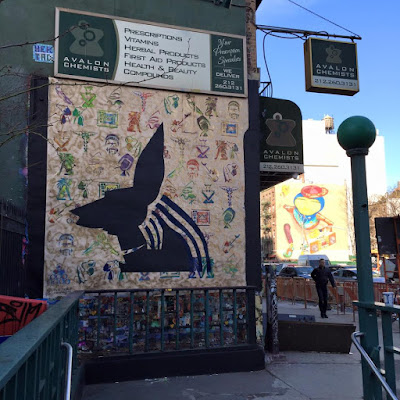 A reader just passed along a heads up ... noting that, starting tonight at 10, the F train won't be stopping around here this week as part of the MTA's "Fastrack" program (subway maintenance, cleaning, etc.).

Visit the MTA website for more on the maintenance and some shuttle-bus alternatives and what not.
Posted by Grieve at 9:13 PM 1 comment: 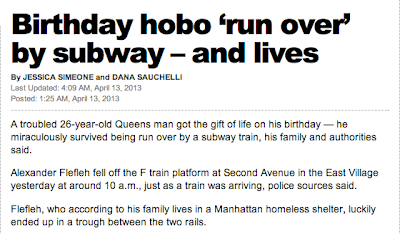 There were a lot of news accounts yesterday morning about an F train striking a man at the station at Houston and Second Avenue. The Post has more details.

The man, 26-year-old Alexander Flefleh, fell off the platform and miraculously survived. "He suffered head trauma, but broke no bones below his neck, said his mom, Aphrodite Flefleh of Astoria, Queens."

She also said that he lives in a homeless shelter and "suffers from seizures, as well as emotional and drug problems." The man, whose birthday was yesterday, may have had a seizure and fell.

And, as you can see from the headline, the Post described Alexander Flefleh as a "hobo."
Posted by Grieve at 7:37 AM 5 comments: 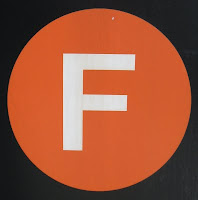 From an EV Grieve reader...

What the f*** is up with the F train at 2nd Ave these days? It’s always been pretty unreliable in my opinion, but the past few weeks have been a nightmare in the mornings. I get down there between 8-9 every morning during the week and the line is like 3 rows deep; I can rarely get on the first train that comes. My girlfriend gets there around 7 am and says the trains are coming less often. Is this still a fallout from Sandy?

Which reminds us of another note from a reader...

Ever since before the storm, during the 8:00 AM - 10:00 AM time frame, the damn platform is packed. Had to wait for 4 trains this morning.

Anyone else experiencing the problems with overcrowding on the F? Any solutions? Another line? Bike? Car and driver?
Posted by Grieve at 6:20 AM 21 comments: 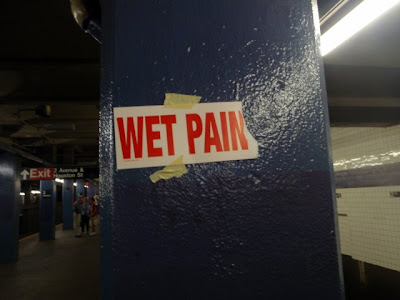 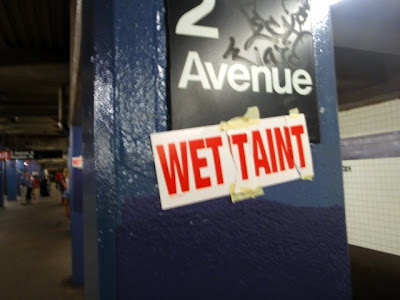 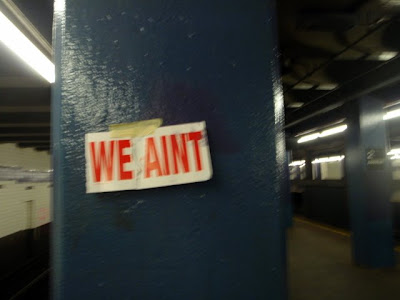 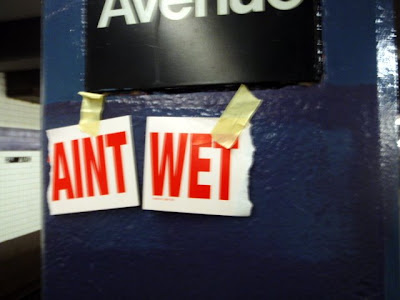 Many thanks to BaHa for these photos...
Posted by Grieve at 7:54 AM 4 comments:

Trouble on the F stop on Houston/First Avenue this morning?

What was going on this am at 1st ave and Houston subway station? Tons of cops, ambulances etc. Cop cars were almost blocking Houston, and some people looked pretty shook up.

We haven't heard anything. Anyone?

Update:
Saw this on Twitter: Expected 20min delay to to work extends to 40min. Brought to you buy the IDIOTS fighting on the F train. Happy Hump Day
Posted by Grieve at 8:23 AM 5 comments: